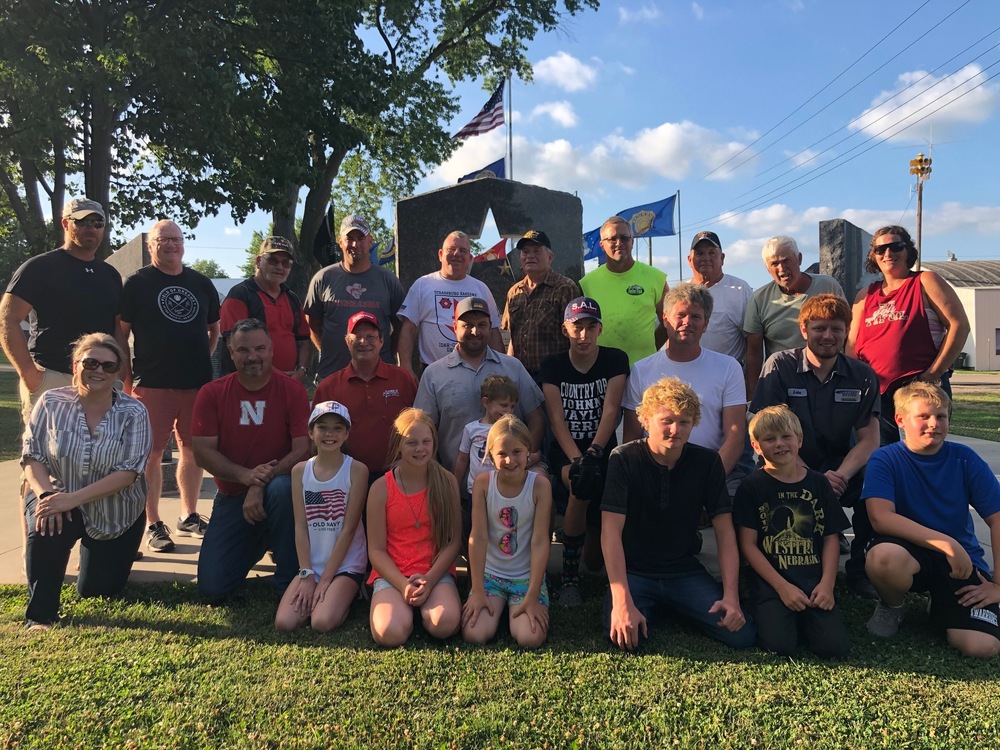 Throughout the years, Crofton has been blessed with an active American Legion – veterans of World War I, World War II, the Korean War, Vietnam War, Lebanon, Grenada, Panama, and Gulf War/War on Terrorism.

These Legion members have carried on the traditions of honor guards at funerals and Memorial Day services, placing flags on gravesites, leading homecoming parades, raising and lowering the flag at sporting events, and hosting Veterans Day programs alongside the Legion Auxiliary.

It has come to the attention of Crofton’s Legion Post 128 in recent years that its members are aging and may not be physically able to perform some of their duties in the community such as carrying the flag the length of a parade.

Crofton’s Sons of the American Legion presently has approximately 50 members who hold meetings every other month.  Annual dues are assessed, half of which are used to support state programs.  The legion and Sons work together on fundraising activities such as catering and bartending social events along with a euchre tournament.

Sons of the Legion leader Ryan Loecker pointed out that Crofton has the only chapter in Nebraska which fully funds Legion Baseball.  A future goal of fundraising will be installing an elevator in Crofton’s legion building.

The design of the emblem was taken from that of the parent organization, but is oval in shape so as to be easily distinguished. The star in the center represents our country, and the five points of the star represent the five-point program of the Sons of the American Legion: Patriotism, Citizenship, Discipline, Leadership and Legionism.

The sun in the background represents the Sons and the rays represent the loyalty of its membership.

The blue of the emblem, like the blue of our flag, stands for justice.

The two stars in the blue border stand for freedom and democracy.

The wreath below the star is in memory of comrades, and those of our forefathers who willingly gave their lives for their country.

The 10 points of the emblem represent the 10 ideals of every Legion son: Patriotism, Health, Knowledge, Training, Honor, Faith, Helpfulness, Courtesy, Reverence and Comradeship. 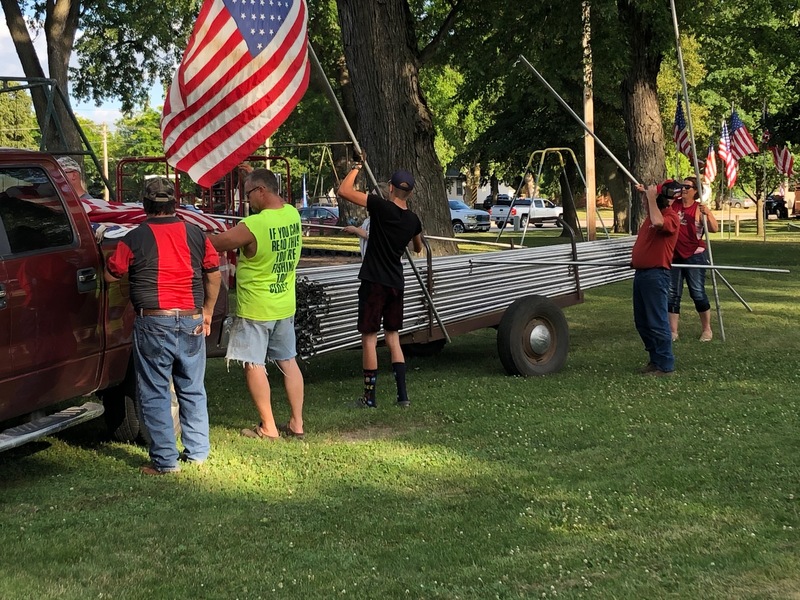 Crofton’s Legion, Sons of Legion, and Auxiliary work together on placing flags in the South City Park on Thursday, July 2