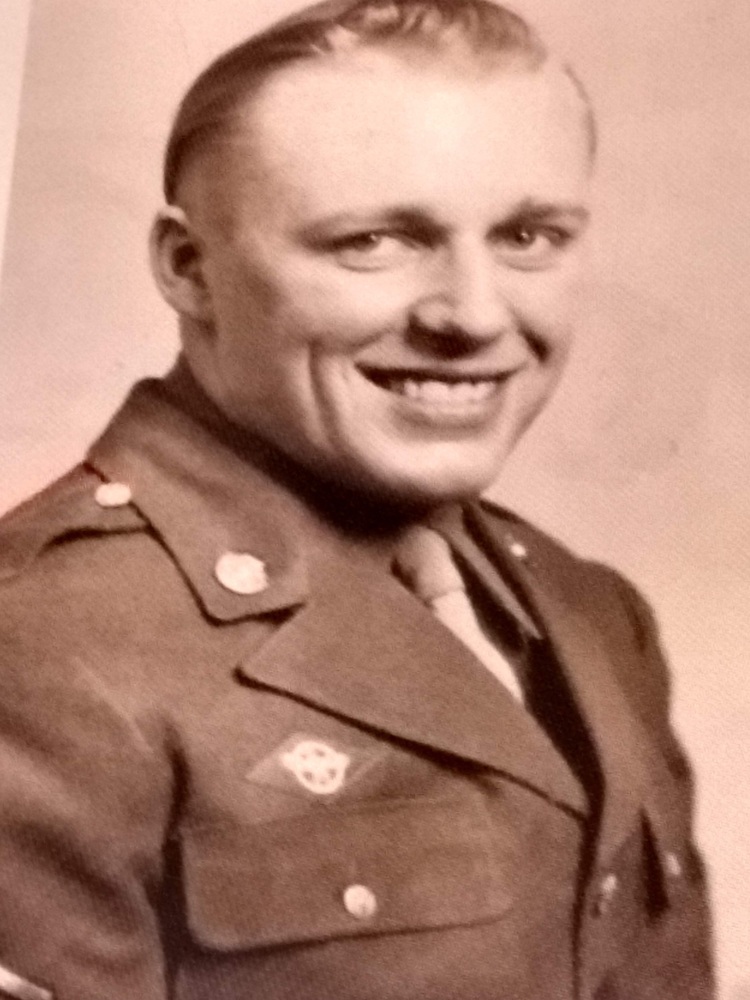 NOTE:  In our ongoing series called, “Veteran Stories,” this week we feature Walter “Walt” Wiebelhaus, who is probably best known around Crofton for opening Wiebelhaus Recreation with his wife, Eva, in 1946. But Wiebelhaus also served as an assistant hatch foreman with the 246th Port Company during World War II.

Walter Wiebelhaus was born on Dec. 8, 1924 in Olpe, Westphalia, Germany. He came to the U.S. in 1930 with his parents, Dr. Joseph and Mary Wiebelhaus. Originally, the family settled in Cedar County before moving to Crofton in 1933. He attended St. Rose School and Crofton High School, before enlisting in the Army in June 1943. He completed Infantry training at Camp Roberts, California. Opened in 1941, Camp Roberts served as a major training center during World War II, housing 45,000 soldiers at its peak, and training 436,000 soldiers during the course of the war. Wiebelhaus received special training in bayonet, grenade, rifle and light machine gun, according to his military records.

After more than four months of basic training, Wiebelhaus joined the 246th Port Company and served one year as a longshoreman in the Pacific Theater, and another 10 months as assistant hatch foreman, Technician Fourth Grade, where he supervised 15 other men under combat conditions, engaged in loading and unloading ships, running winches and driving trucks. At the time, Wiebelhaus was stationed in primarily in New Guinea, and part of his job in transportation and as hatch foreman was to assist in the transport of casualties from combat. During World War II, the U.S. Army assigned thousands of soldiers like Wiebelhaus to guard seaports as part of Port Companies, moving crucial materials and supplies on and off shore, along with human resources and casualties. Wiebelhaus’ 246th received a meritorious service unit plaque and award, in 1945 “for superior performance of duty, achievement and maintenance of a high standard of discipline and outstanding devotion to duty,” according to a memo from First Lieutenant, Buford L. Allen.

Wiebelhaus was discharged in January 1946 at Fort Logan, Colorado, and remained active in Army Reserves until 1951. He and Eva were married on Oct. 21, 1946, and together they operated Wiebelhaus Recreation and Centennial Lanes throughout their lifetimes. Eva passed away on Feb. 14, 2013, and Walt died on Jan. 23, 2017 at age 92. He is long remembered by the youth of Crofton for his kindness to the children who visited Wiebelhaus Recreation, and the bountiful handfuls of Tootsie Rolls he always handed out.

CONTACT US:  If you or your parents, grandparents or other relatives from Crofton, living or deceased, served in the armed forces, we would like to tell your story in the Journal as part of this series. If you have a story to tell or digital photos to share, email bowview@gpcom.net with a subject line notation of “Veteran Stories” to let us know the details.