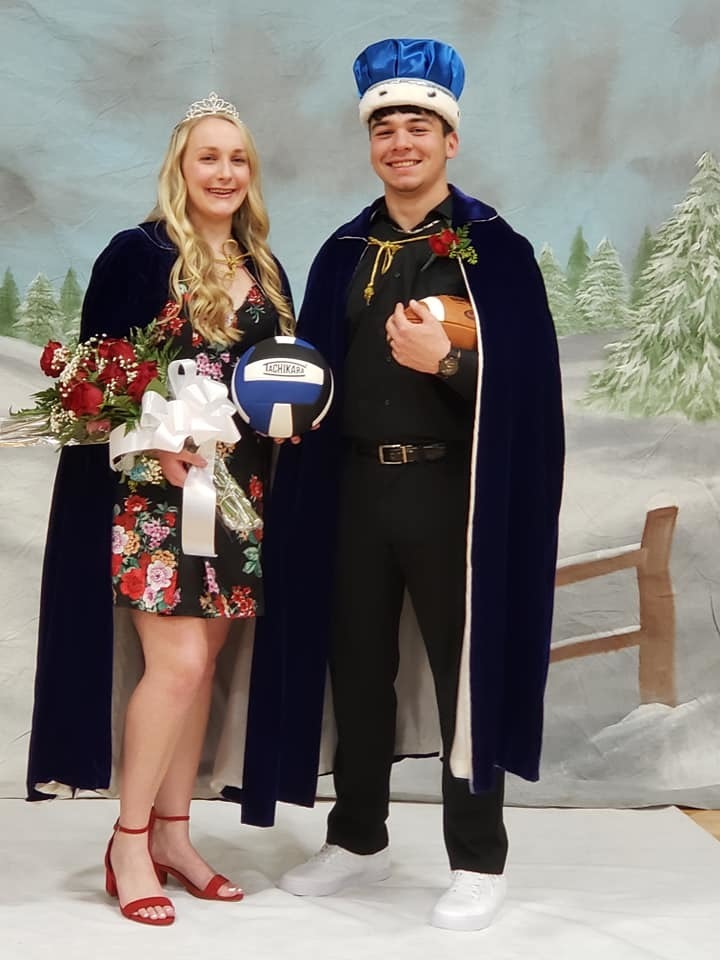 Emily Parks was crowned the NHS Homecoming Queen and Gavin Chohon, King, during the Homecoming Coronation for both Niobrara and Verdigre, held Monday at Niobrara at the school gym. Emily is the daughter of J.J. and Tammie Parks, and Gavin is the son of Duke and Chelsey Chohon.