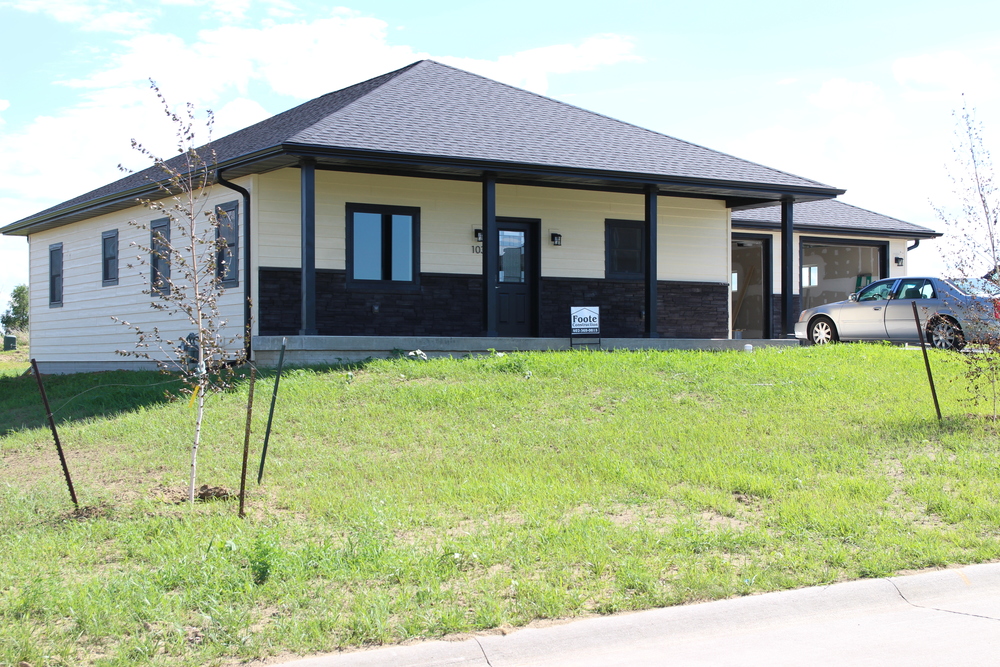 The Workforce housing grant has come to fruition again in Wakefield with the completion and sale of another house at the South Main Street project.

Foote Construction Co., LLC from Wakefield recently completed the house which was sold and will be occupied by Bill and Jennifer Trenhaile.

“We tried to build an affordable house that will make a great home,” Lee Foote said. “We didn't cut any corners, we just made it affordable.”

Foote, along with his wife, Dee, worked together on the house along with their son and a crew.

“I do a lot of the interior designing,” Dee Foote said. “I give Lee the ideas and he makes them work.”

Lee has been in the construction business since the early 1980’s and the couple remodeled their own house which was built in 1894.

“Our own remodel was great experience for us as a couple,” Dee said. “We found out we could work side-by-side - I can come up with the ideas and he can make them work.”

Foote and his crew have been doing mostly remodels until taking on the building of the spec house for the Trenhailes.

“Building from the ground up has its challenges, but it’s great to stand back and see that you have built someone a home,” Lee Foote said. “It gives you a sense of accomplishment.”

He went on to elaborate, this project may not have happened without the workforce housing money.

“Building a spec-house without that safety net probably wouldn’t happen,” Foote said. “We need housing here in Wakefield and this was a great tool to use to get some built.”

Foote and company is not done in town either.

“We will be building another house,” he said. “We already secured another lot and we’re on our way.”

The Trenhailes will be moving from Emerson where Jennifer is in the Emerson-Hubbard School system. Bill is in the Wakefield Community Schools’ system.