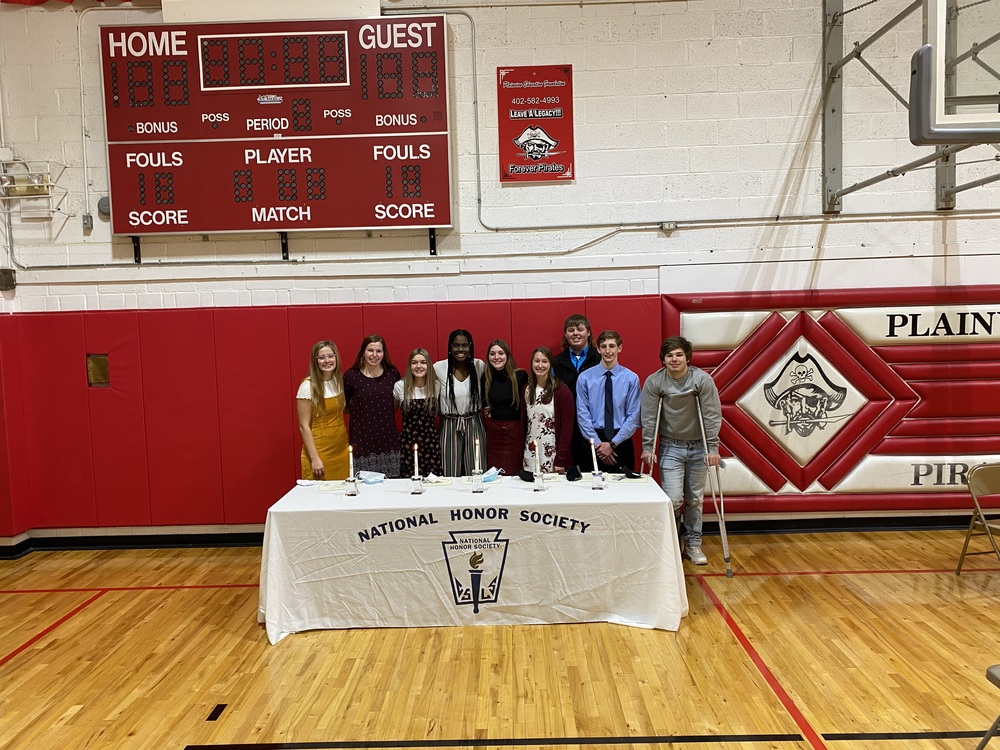 Students and faculty at Plainview Public Schools recently welcomed the newest members to the National Honor Society at an induction ceremony held on Monday, Dec. 7.

New Members for this year included:

The new inductees joined the current members of:

The welcome was given by Riley Kaup, Brooklyn Kumm, Teagan Ziems, Colton Choat and Kaup gave the tenets of the NHS to the new members and the inductees were “pinned” and then gave the NHS Pledge.