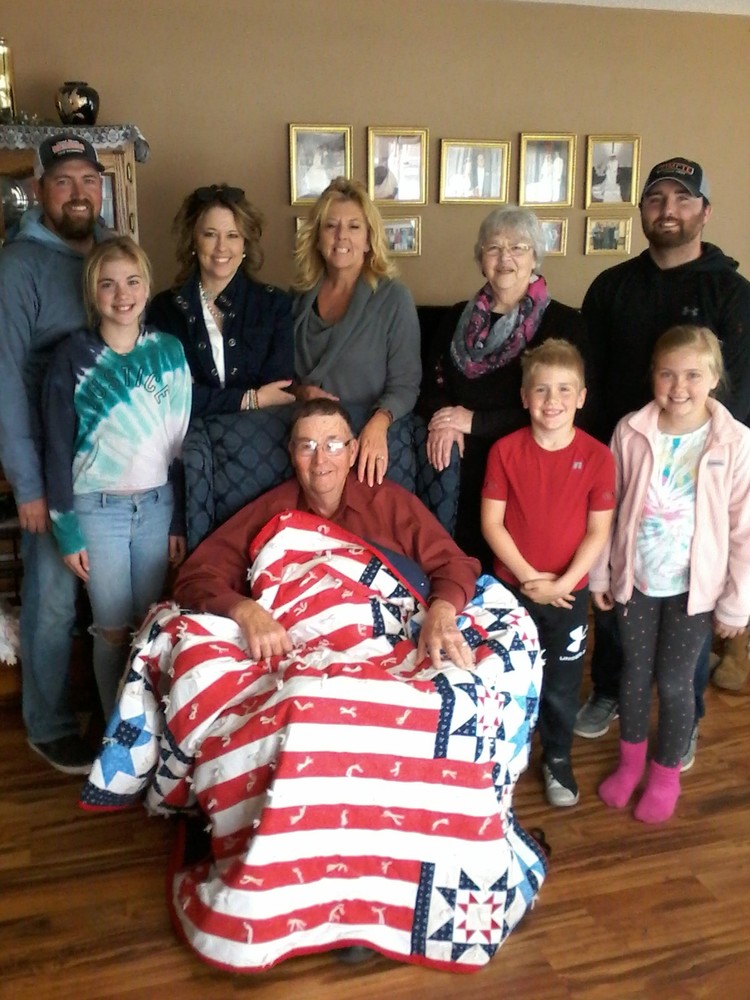 Weigert honored with Quilt of Valor for National Guard service

Larry M. Wiegert, Sr., was recently presented a Quilt of Valor for his service to the United States in the Nebraska National Guard.

He enlisted on June 15, 1960 with COB 1st Bn (M) 134th Infantry, Norfolk. After high school graduation from Osmond, he served six months of active duty at Fort Ord, California, then was reassigned to Norfolk’s National Guard until 1966.

Wiegert has served as the Commander of the Plainview American Legion Post #148, two terms; and currently serves as the Service Officer, and has served on the Honor Guard for several years.

Wiegert was presented the Quilt of Valor, made by his wife, Alyce, on Mother’s Day, 2021. His daughters, Alicia and Mark Plambeck; and Mechele and John Grimes; grandsons: Heath and Jared Koehler, and great-grandchildren: Adalyn Alyvia and Jameson Koheler were in attendance. His other children: Elizabeth DeGroff and Larry Wiegert, Jr. were unable to attend.

The  presentation was followed by Wiegert’s favorite afternoon snack of ice cream, cake and cookies.