Funeral services for Carol C. Helsing, 86 of Randolph, were held Wednesday, March 30, at the United Methodist Church in Randolph.

Pastor Judy Carlson officiated the service, and burial was in the Randolph City Cemetery.

Carol passed away Friday, March 25, 2022, at Colonial Estates of Randolph. 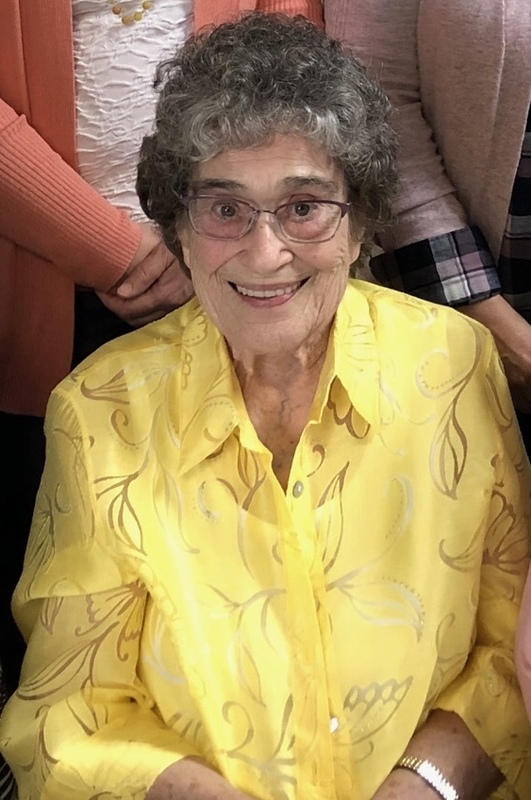 She was born on May 28, 1935, in Valparaiso, the daughter of Franklin and Abbie (Housel) Palmer. Helsing graduated from Ceresco High School in 1952. After which, she was employed at State Farm Insurance as the receptionist.

On September 19, 1954, she married Merlin Wendell Helsing at the United Methodist Church in Raymond. The couple made their home in Wahoo.

Later, they moved to Yutan and Wausa and to Madison where she worked as a bookkeeper for Lee’s Superette in Norfolk and sold Beeline Clothing. In 1972, they moved to Randolph. She worked at Star Clothing, Randolph House Cafe, Little Jo’s Café and sold Avon. Helsing worked at Colonial Manor as the cook and food supervisor for 20 years, retiring in 2008.

She was a member of United Methodist Church in Randolph, the coffee choir and served as the president and treasurer of the United Methodist Women. She also taught Sunday school and was the superintendent for several years. She served as a 4-H Leader and a member of PEO. She enjoyed being part of Christian Women’s Club and Friendship Bible Coffees.

Her summers were spent planting and growing flowers and gardening. One could always find her in her flower beds pulling weeds and listening to the birds. She collected tea pots, dolls and Christmas Cottages. She was a very generous person. If anyone ever mentioned that they liked something, it was likely she would give it to them.

Helsing sewed a lot including her girls’ clothes when they were young and she loved to bake. She was a loving mother and devoted her life to her family. She loved music and anyone that knew her well knew her favorite color was purple.

Condolences may be expressed to the family online at www.homeforfuneralsinc.com.

Home for Funerals-Randolph is in charge of arrangements.