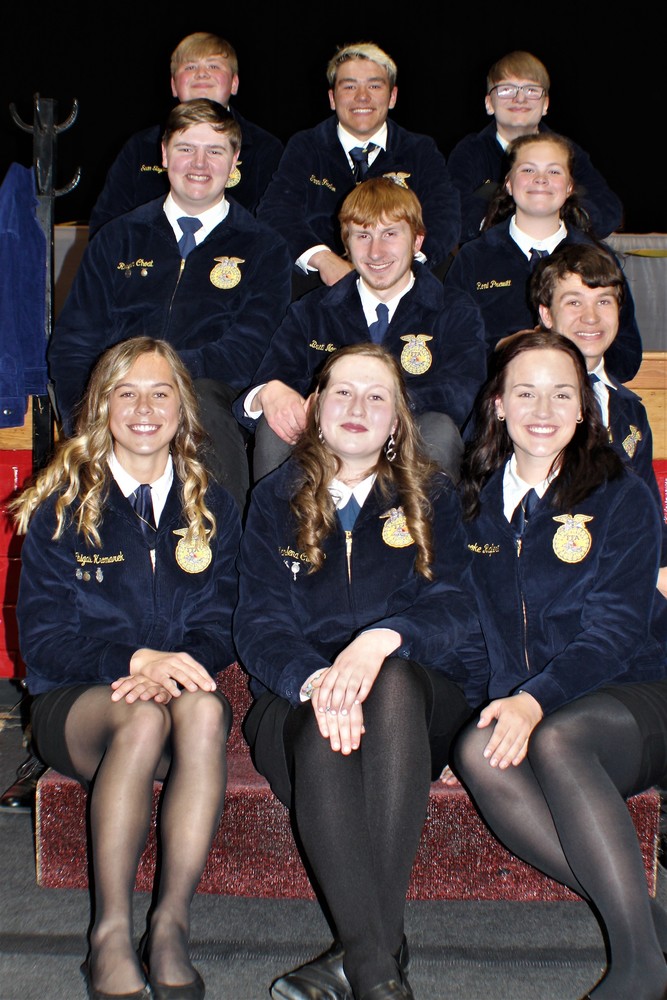 On Thursday April 21st The Plainview FFA chapter had their annual end of the year banquet, and LDE, State, CDE, Proficiency and Chapter awards given to members, as well as election of new officers.

The Chapter hosted a potluck with a lot of really good food provided by all the parents, watched a slideshow of all the fun memories the group had as chapter and handed out awards.

The eighth-graders got their Discovery Degree Natalie Gatz, Dianna Scott, and this year's star winner was too close to pick just one so, Dani Doerr and Makenzie Doerr both got Star Discovery plaques.  This degree is based on being active in FFA.

The Greenhand is based on being active in FFA and learning about FFA and having an SAE is what members are doing outside of school and keeping records.

The star winners were Abbie Kromareck who received a star in Ag Business, Kaiden Eichberger received star placement, and Reagan Choat received Star Farmer all at the chapter level.

Seniors Trevor Doerr, Derek Rix, and Jozlyn Anderson received their State degree. This is the highest degree a Chapter member can get at the state level.

This year Plainview’s FFA chapter also got a Superior rating on the National chapter award.
In October Plainview FFA participated in dairy judging, and those awards were given out as well.

These people competed in district livestock judging at Northeast community college in January.

In the Junior team individually, Reagan placed 2nd with a purple ribbon, Corben placed 13th with a blue ribbon, and Spencer placed 47th with a red ribbon. As a team they received a blue ribbon. There were several hundred people competing in district livestock judging.

Reagan Choat competed in district tractor driving, in this event drivers have to back up a four-wheel trailer with a tractor.

This year the FFA members worked hard to sell fruit for fruit sales and all that work paid off as a chapter sold more than $26,610 dollars.

Scholarship:
Scholarship Award goes to the highest GPA in the class that is in FFA, for freshmen Karter Lingenfelter, sophomores, Abbie Kromarek, juniors, Brett Norris, and seniors, Emma King.

In proficiency award-winning area.
A proficiency is a member’s SAE that they are doing outside of school and keeping records of it.

The leadership award goes to the most desirable leader in each class:
For freshman Corben Kment, Sophomores Reagan Choat, juniors Scott Hintz and Seniors Derek Rix 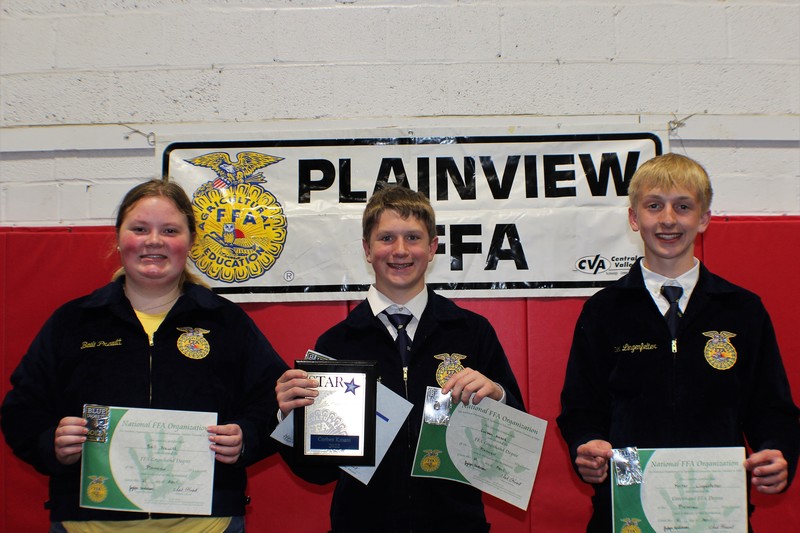 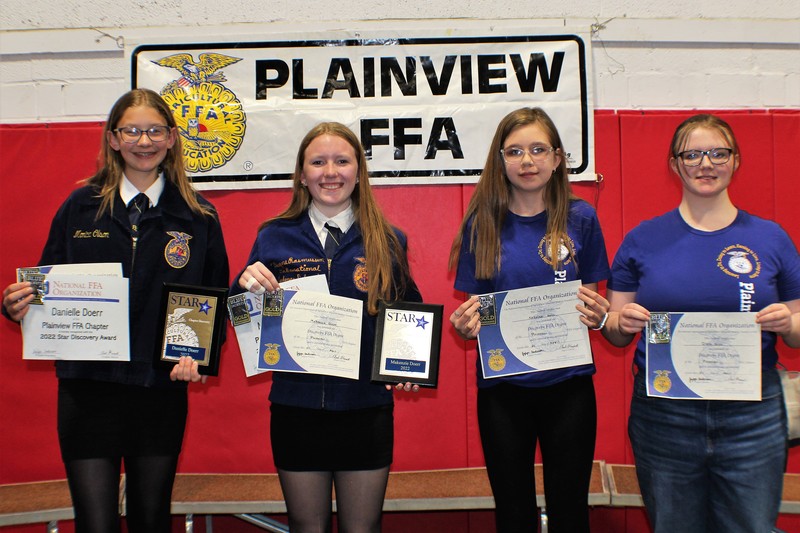 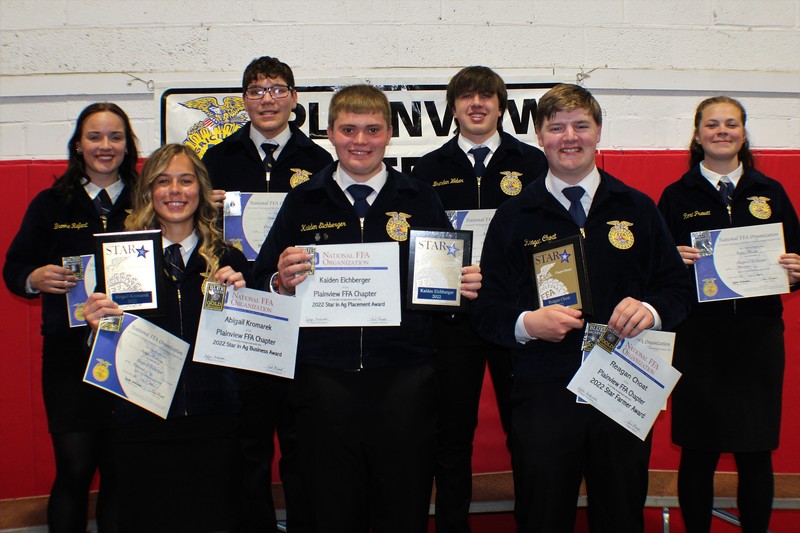