FCCLA mixed things up this year and hosted their Awards Night at 13/20 Bowling Alley on April 28.

The evening began with members bowling and then taking a break for awards recognition followed by brownies and ice cream.

Students competing in STAR events received their District STAR Competition Certificates.  At districts, Shayla Jacobsen received a gold medal, and placed Runner-Up in her Repurpose and Redesign event, qualifying her for state.  At state competition she received second place and qualified for nationals.  Jacobsen was presented with her certificate, medal, and trophy.

Advisor Ronita Jacobsen presented outstanding member awards.  This year one member met the criteria for “Outstanding Member of the Year”.  Shayla Jacobsen was presented a trophy for the work she did this year in the categories of Chapter Contribution, Community Involvement, and Personal Development.

Members met again on Monday the 2nd in the FCS room to watch a video of the year’s activities and called donors for the upcoming blood drive to be held on May 18th from 9 a.m. – 3 p.m. at the high school. 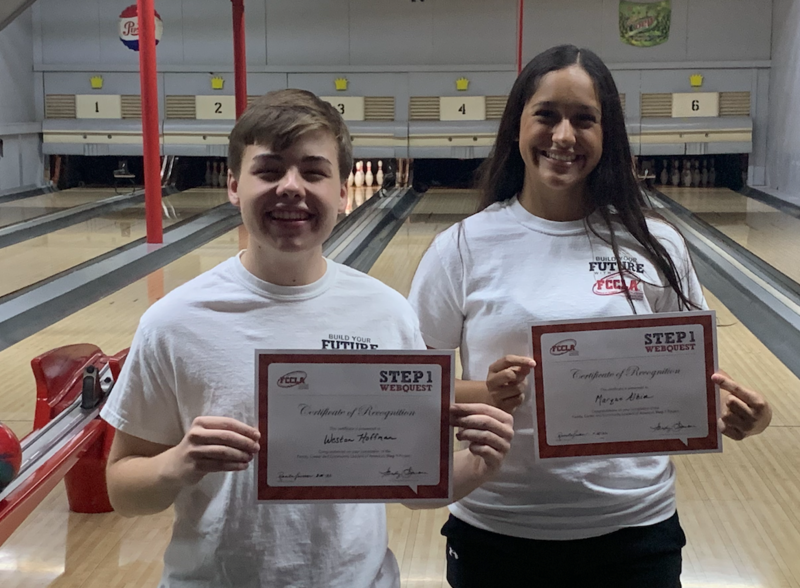 Weston Hoffman and Marque Albin with their Step 1 Webquest awards. 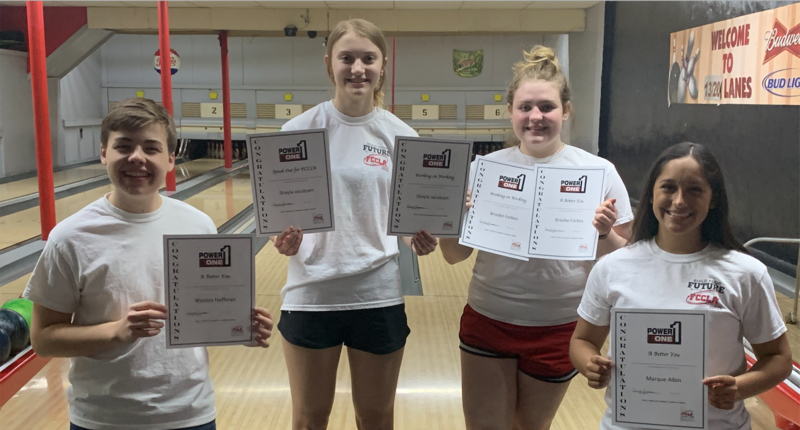