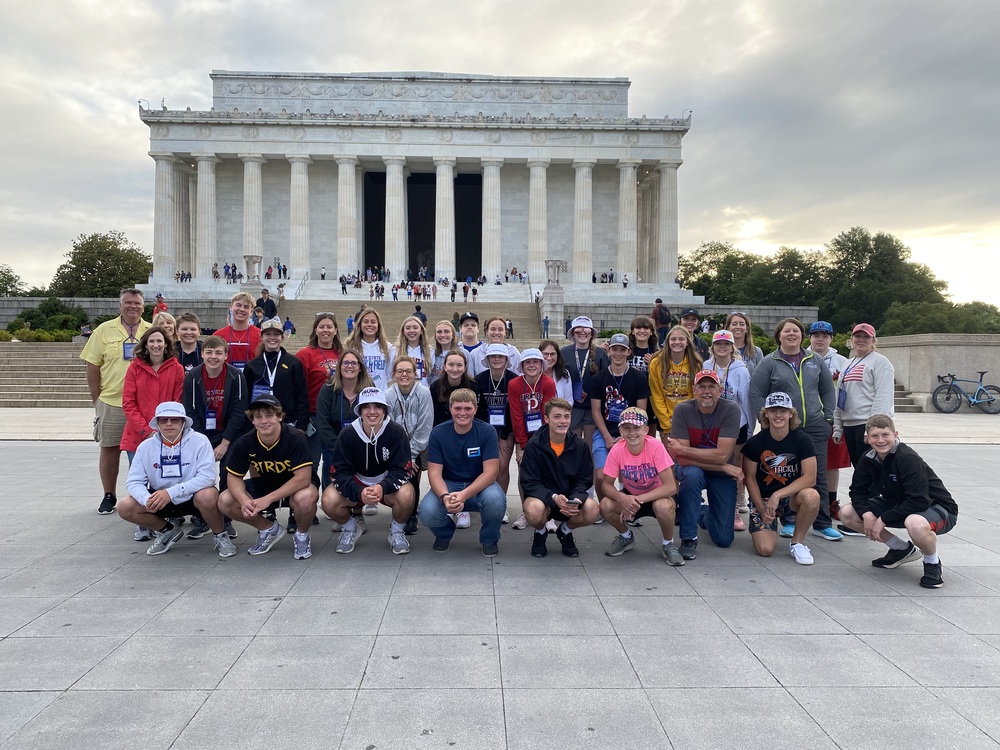 Tour educates many on “DC”

After more than a year of planning, 25 students and 14 adults spent last Monday through Friday on the east coast touring numerous political, patriotic and tourist sites around Washington D.C.

The group started on Monday, May 23 with a flight to Regan National Airport, and, once landed, took a whirlwind tour of monuments, memorials and picture opportunities including the Jamestown Settlement, Williamsburg, Monticello, the White House; the World War II, Vietnam, Korean war memorials; the Lincoln Memorial; Mount Vernon; Capitol Hill; Supreme Court; Library of Congress; the Washington Monument, traveling to the top of the structure; Martin Luther King Jr. Memorial, Frank D. Roosevelt Memorial and Jefferson Memorial; the Iwo Jima Marine Memorial, just to name a few from the itinerary, and a special stop at Arlington National Cemetery on Friday, May 27.

During the stop at Arlington National Cemetery, Plainview Public Schools was represented by the laying of a custom wreath at the Tomb of the Unknown Solider at a pre-arranged ceremony. Those youth representing Plainview were Teya Boyer, Jordynn Frahm, Rece Frahm and Kenzie Doerr, as the rest of the group viewed the ceremony.
All in all, by one chaperone’s count, the group paced more than 30 miles on the ground over the week.

A number of chaperones and students commented about the trip. The administration has already indicated that a similar trip was being planned for future students for the 2024 year.
Those comments included:

“It was fun and I liked the stuff we did. The Washington Monument was my favorite. We had great views looking down 500 ft.,” Camden Dummer.

“My experience at Washington DC was one to remember! I had such a blast getting to explore and learn about so much about our country’s history at so many places. I loved being able to see all the memorials. Especially the Vietnam memorial. It was such an honor to be part of the laying of the wreath at Arlington cemetery. I’m so glad I got to be part of that and show my respect to those lost serving for our county. Overall I loved the trip and would love to go back and do it all over again!” said Makenzie Doerr.

“Washington DC was one of the most educational experiences that a young adolescent could have not only does a direct their attention in person to history battles trials and perseverance but it also shows today’s world homeless economic strife how some have been left behind it made apparent our blessings and privilege that we have here. Overall it’s a trip at all you Youth should take I would like to thank Dr. Arlt and his wife Rhonda for doing such an excellent job putting the trip together and keeping the herd happy and together it was an amazing trip,” said Dr. Jim and Tami Thor.

“My trip to Washington, D.C. was a very fun and busy time. We went to so many cool places and it’s hard to choose my favorite one. By far the most beautiful sight we went to was Monticello, which was Thomas Jefferson’s house.  It was up in the mountains of Virginia and it was very secluded. The 360 view was the best part of Monticello,” said Rece Frahm.

“Overall I thought the trip was a wonderful experience for the eyes and the heart being that it was a trip to our Nation’s capitol with all its beautiful monuments and government buildings, but some of the memorials just really hit you in the chest with “wow.” For example like all the war memorials and the Vietnam wall filled with hundreds of thousands of people who died for our great country. But aside from that aspect of the trip, my favorite part was going inside the capitol building and seeing its many rooms like the huge Rotunda with its mural. On the other hand I would’ve liked to spend more time in DC rather than Colonial Williamsburg, simply for the fact I just found it more interesting and meaningful to me,” said Harrison Thor.

“In this whirlwind trip to the D.C. area we enjoyed seeing major historical land marks including one of our favorites being Monticello. In D.C we visited many national monuments. The Vietnam Wall and Korean memorial left us with a deeper appreciation for those who served our country as we returned home in time for the Memorial Day Weekend,” said Weston Hoffman.

“The students of Plainview High School did an amazing job representing our small Nebraska town while visiting the Washington DC Area and the numerous Historic Monuments. They were courteous and respectful, I couldn't have been more proud!,” said Paula Hoffman, chaperone. 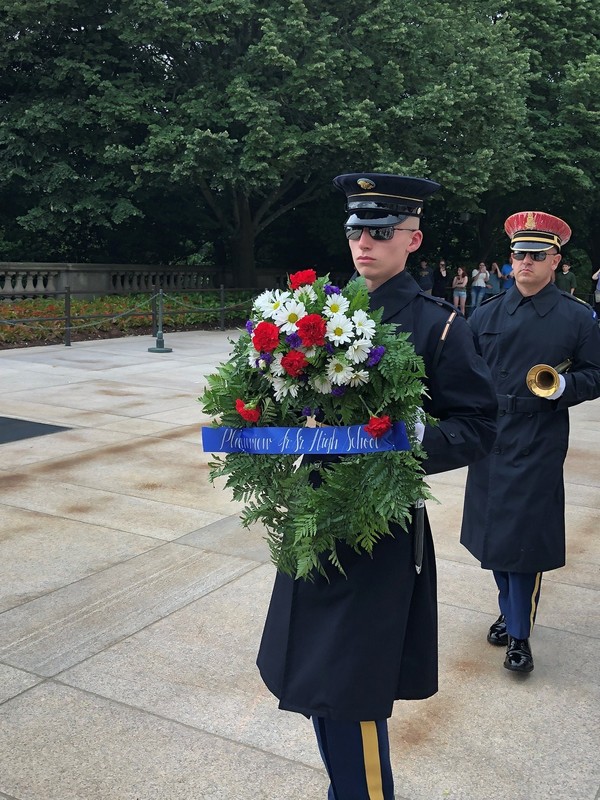 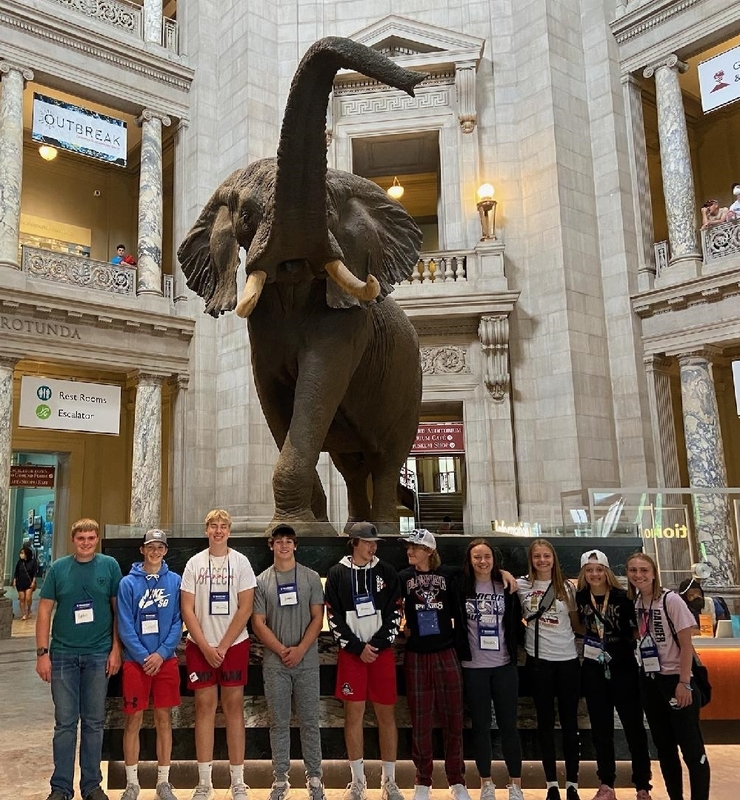