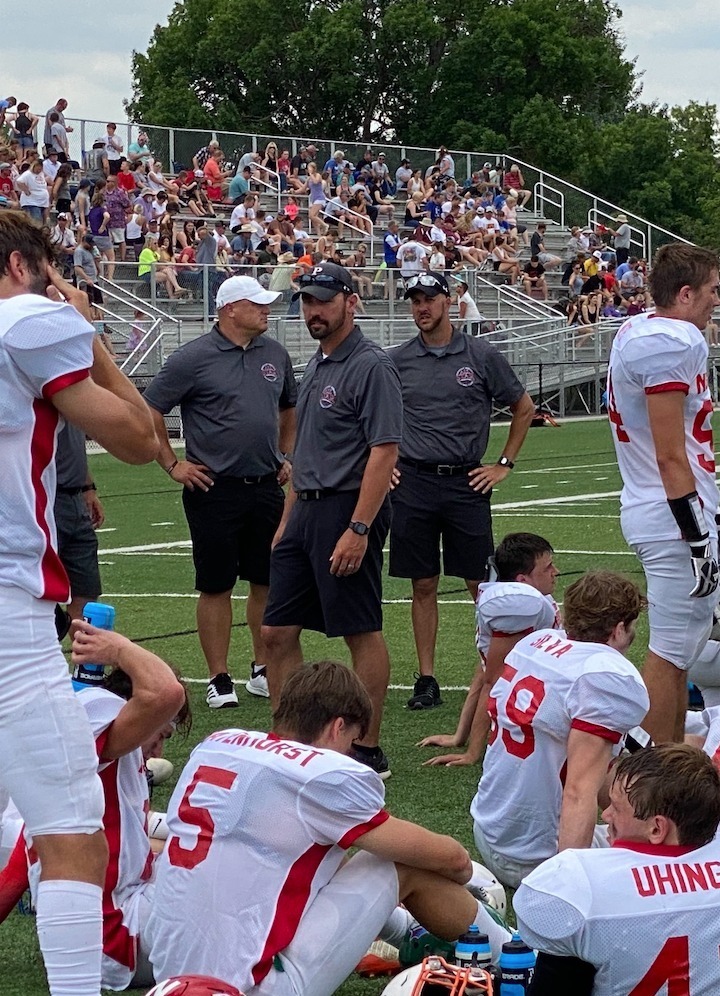 According to other news sources, this was the first year that the game went into overtime, and the win by the “White” team marked the team’s fourth-straight win, and six of the nine games overall.

The Red and White teams were even at the end of four with seven points to the White team in the first quarter, seven each in the second, seven to the Red team in the third and seven to both teams in the fourth to tie the game 21-21. In the additional overtime, the White team was able to put a field goal through the uprights to win the game. 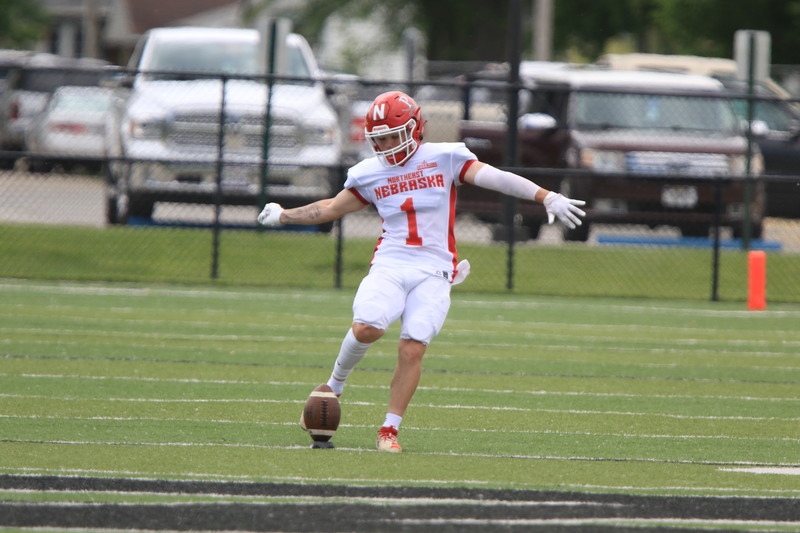 Will Gunning kicking off for the White team. 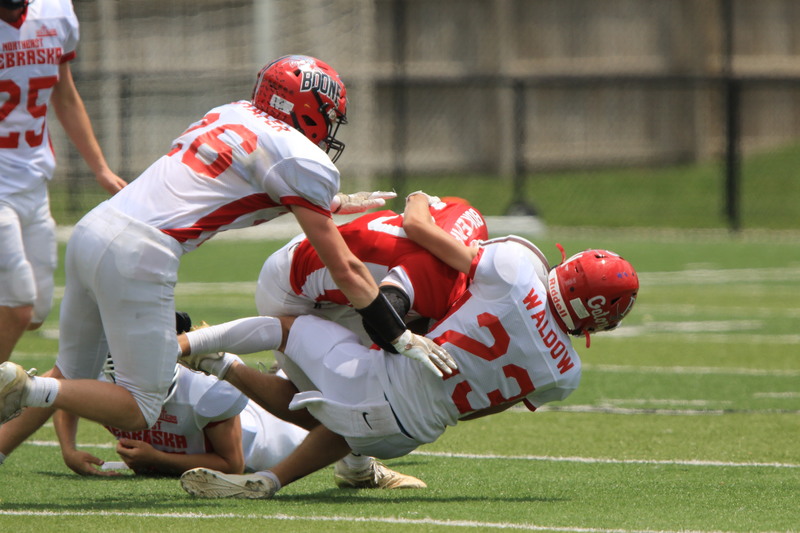 Braden Waldow on a tackle.