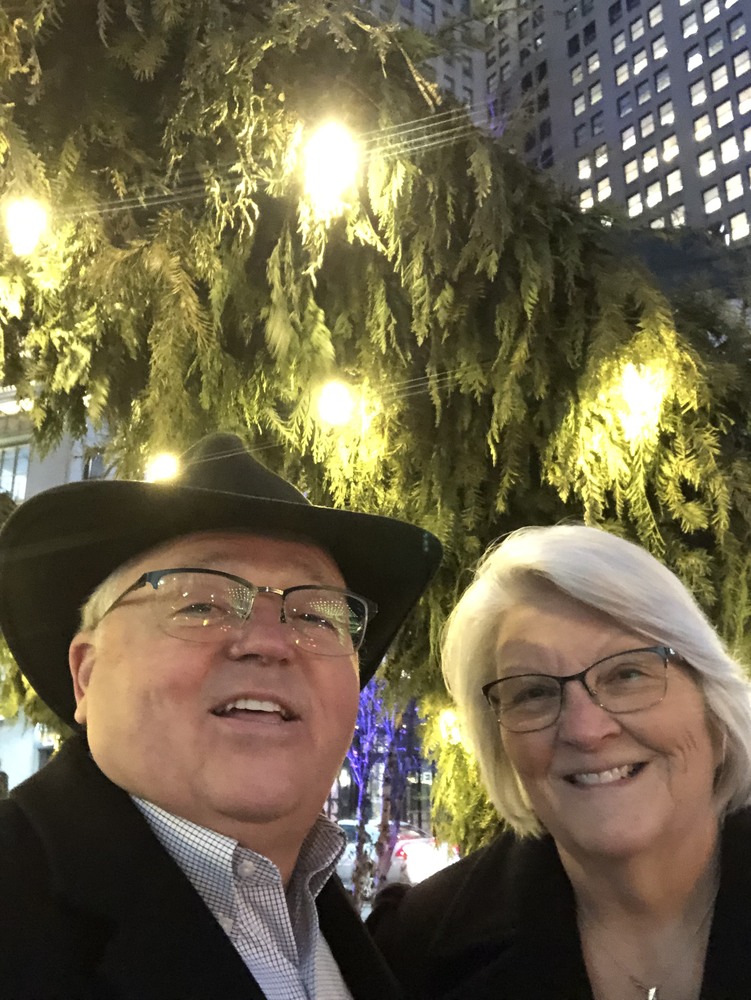 The membership of Zion Lutheran Church recently welcomed Rev. John Carrier and his wife, Lori, into its fellowship, as Carrier accepted a call to become the church’s new pastor.

Carrier received a call in early April from the Zion Lutheran Church asking him to step in as an interim pastor, and he accepted. He was installed there on May 1st. The Carrier and his wife moved into town from their home in Michigan to minister here until a full-time pastor is provided.

Carrier has had experience as a pastor before, sharing God's Word with others for many years and in many different settings, ranging from small-town Illinois to suburban Chicago.

Despite their current life in Michigan, the Carriers are linked to Nebraska because they both spent their childhoods in Omaha and have some family in the area. This had a big part to play in Carrier’s decision to become Zion’s pastor, in addition to God’s calling. “What brings us to Plainview is that there was a need for someone to serve. I’ve had some interim training and experience, so I came to put that to work in God’s service,” he said.

Both John Carrier and his wife were born in Omaha, and he has dreamt of working in ministry since he was a boy. He met and married Lori in high school. At that time, he was interested in becoming a pastor, while she wanted to be a Lutheran teacher.

Once he was out of high school, Carrier earned a degree in History from Concordia College in Seward, and a Masters of Divinity degree from Concordia Seminary, St. Louis. He also completed several hours toward a Doctor of Divinity Degree, before his schedule dictated that he had to leave the program. In addition, Carrier completed the Interim Ministry Program training through the St Louis Seminary between 2012 and 2013.

As an interim pastor, Carrier will be serving the Plainview community for an estimated year, or so, until someone steps in as a full-time pastor. He provides the following services:

Preaching sermons,
Home communion visits,
Sick visits,
Follow-up care for funerals,
Services at the Manor once or twice a month, and
Answering spiritual questions.
He also has a passion for including the congregation in the Church’s ministry and using its different gifts to fulfill the community’s needs. Carrier operates an asset-based ministry, meaning that he focuses on the community’s strengths instead of weaknesses, and uses them to perform community services.  Instead of just doing things for people, he does things with people.

After his term at the Zion Lutheran Church, Carrier will be moving back to Michigan with his wife to “resume retirement.”