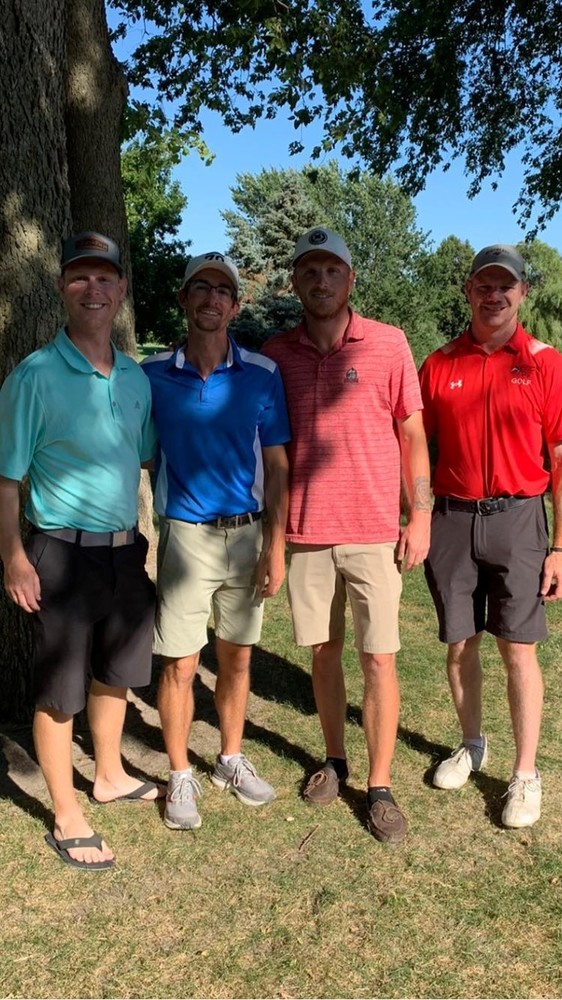 The tournament had golfers from Plainview, Norfolk, Creighton areas all the way to some that came from Florida and Vegas to play.

Scores were low and the competition was wonderful to watch.
Low score honors go to the team that consisted of Kris Koelzer of O’Neill, Mike Colgate of Florida, Lance Lawson of Norfolk and Wes Bernt of Norfolk. They shot rounds of 26/27 for a total of 53 for 18 holes.

Second-place, with scores of 26/28, for a 54 went to the team consisting of Cole Baker, Scott Bergen, Rich Crow Eagle and Mike Beardt.
Third-place went to Trent Wingate, Kellen Rossman, Jake Kluver and Charlie Zielinski with a 28/27 for a total of 55.

Jeff Wrage of Norfolk also received congratulations for his Hole in One which is mentioned in another article elsewhere in this edition..

“PCC staff would like to thank the golfers and all the volunteers that helped make it a great day,” said Club Manager Kathi Wright. 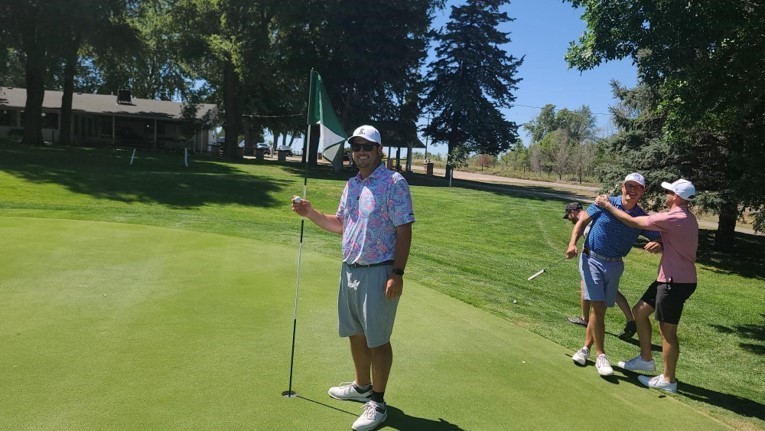 Jeff Wrage of Norfolk aced Hole #9 on Saturday, July 30th during the Best of the Best 4-Person Scramble. Wrage used a 48 degree wedge on the 148 yard hole. This was his second career Hole in One.