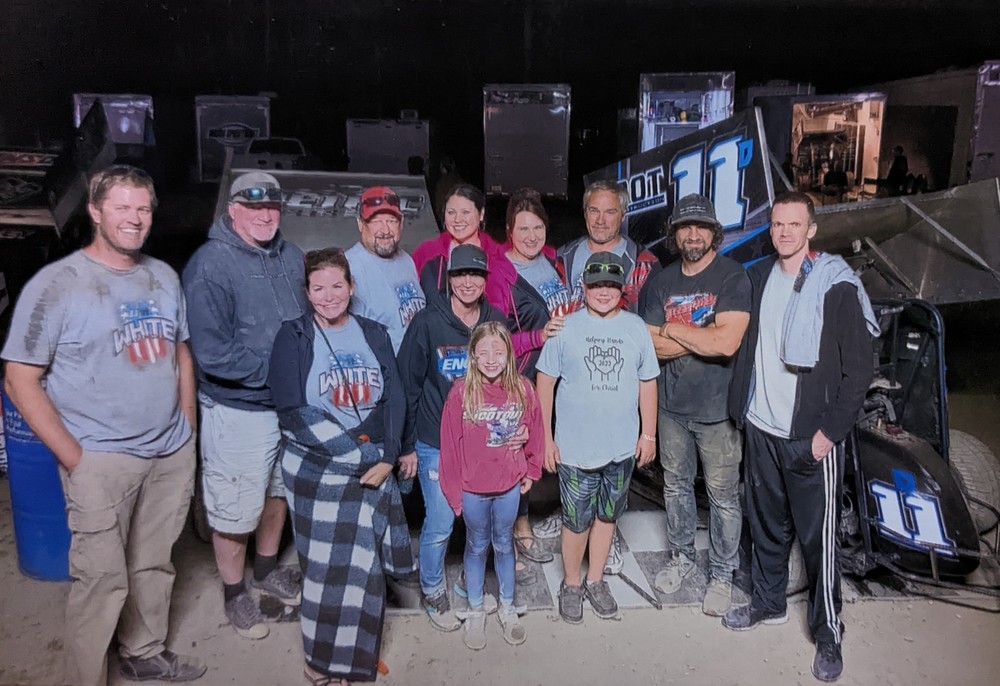 He competed in the 600 Open Outlaw class against 60 other drivers from all over the United States and Canada. Notably, White had to obtain permission to run this class, as the age requirement is actually 14.

On Thursday of that week, White started in a C Main based on qualifying time, and on Friday he won his heat race, which stated him in first-place in a B Main. He finished fourth in the B Main and started 20th in the A Main, and drove to a ninth-place finish.

This placing also locked him into the A Feature on Saturday, with a seventh-place starting spot. During that Saturday race he started the show in seventh and raced a 40-lap feature, finishing in sixth to end the weekend.

White will be racing again the Lucas Oil Now 600 series at the Nebraska Micro Week where he remains third overall in the National Points ranking.

White is the son of Dan and Jamie White of Plainview.