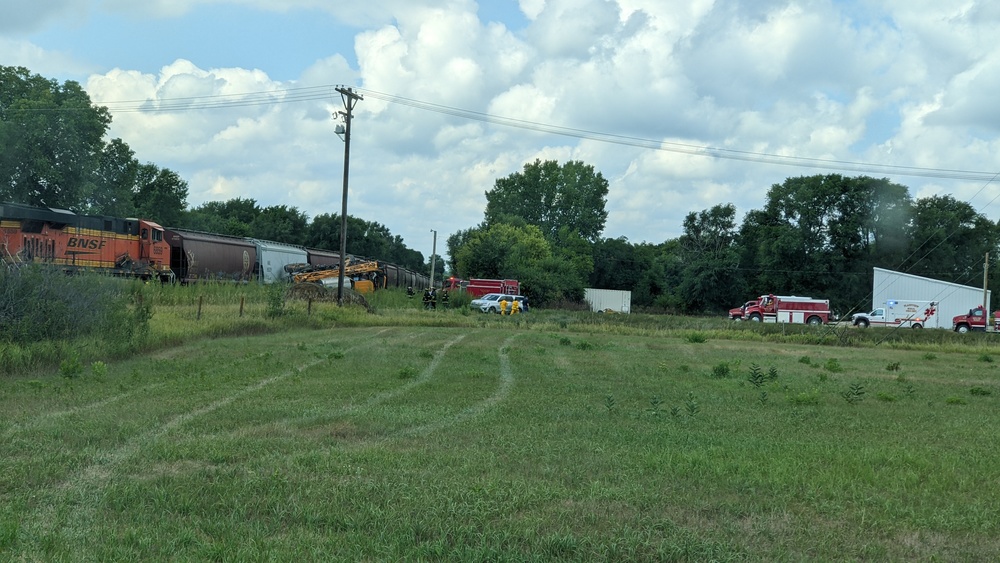 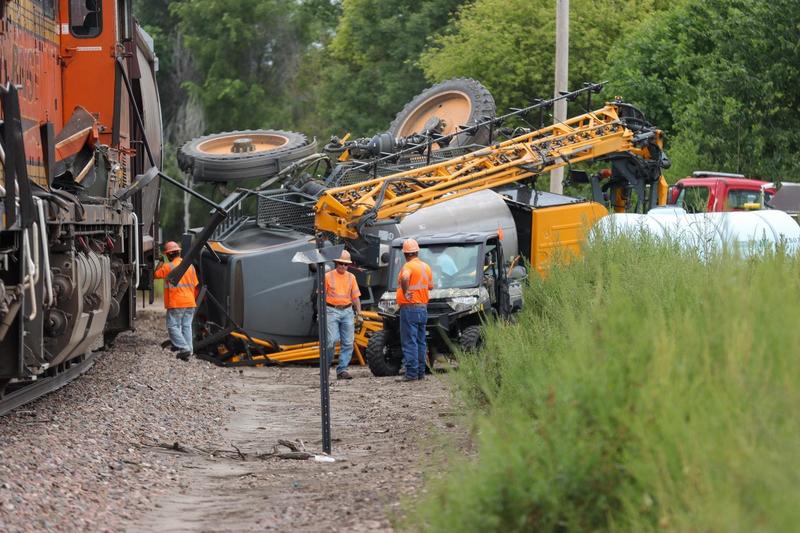 Mid-morning on Wednesday, Aug. 17, traffic was halted on Highway13 at the southwest crossing in Plainview by a train that had stopped across the tracks.

Closer to the other end of town, on south 9th Street, a Burlington-Northern Santa Fe (BNSF) train engine was stopped just west of the railroad crossing, with BNSF employees allowing one-lane traffic through 9th Street south of Highway 20.

The train appeared to have struck, or vice versa, a sprayer that was traveling on south 8th Street. Plainview Fire and Rescue was on site, as were the Pierce County Sheriff’s office and Plainview Police Department, along with the BNSF railroad staff.

No reports of injuries were known by press time, and no complete authority report had been received by either BNSF or the police/fire involvement by press time.

At a bit past noon BNSF railroad employees had arrived to uncouple and move a number of cars off the west end of the train to open the Highway 13 crossing and allow traffic to pass, and by quarter to 1, train cars had split, opening the 13 crossing.

Authorities did estimate that it would be around three hours before the entire scene was cleared.