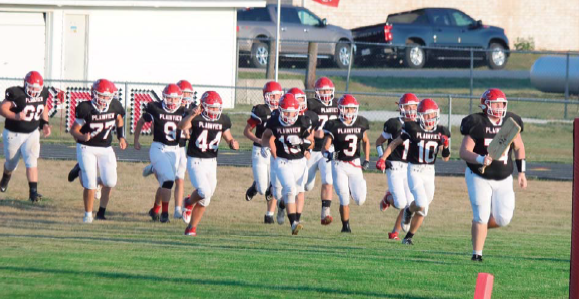 The Plainview Pirate football team moved to 2-0 on the regular season with a Homecoming week win, capping off last week’s festivities with a 54-28 win over the visiting Hartington-NewCastle Wildcats on the home field.

The Pirates got to work early, putting up 20 points in the first quarter to H-NC’s eight; and near the same spread in the second, with 14 points to the Pirate board and seven more to the Wildcats’ to bring the score to 34-15 at the half.

The Pirates pulled in another 12 points in the third quarter, to one H-NC score and six points, and in the fourth the Pirates outscored the Wildcats 8-7 to take the win at the final whistle.
Scoring for the Pirates were marked as two touchdowns for Jacson King, Tanner Frahm and Leighton Medina, and one for Karter Lingenfelter and Brendan Weber.

Quarterback Tanner Frahm hit 15 of 18 throws for 175 yards to his 11.7 yard average. His favorite target was Brendan Weber, with seven receptions for 64 yards, and Karter Lingenfelter with five receptions for 64 yards. Jacson King, Leighton Medina and Spencer Hille each had one.
Rushing yards went to Jacson King, who posted 19 carries and 138 total yards. Tanner Frahm had 11 carries and 119 yards, and Leighton Medina had 10 carries and 90 yards. John Leija had the final carry of the game for five yards.

The Pirates will face off against the Laurel-Concord-Coleridge Bears on the road on Friday, Setp. 9 with a 7 p.m. kickoff in Laurel. Next week they will travel to Bassett for a far-away road game against North Central, also at 7 p.m., on Thursday, Sept. 15. 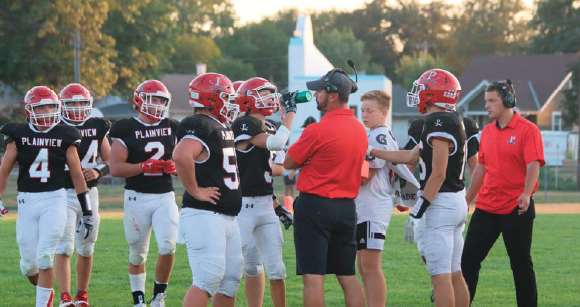 To view and purchase more professional photographs from the event, please follow the link below to SmugMug!