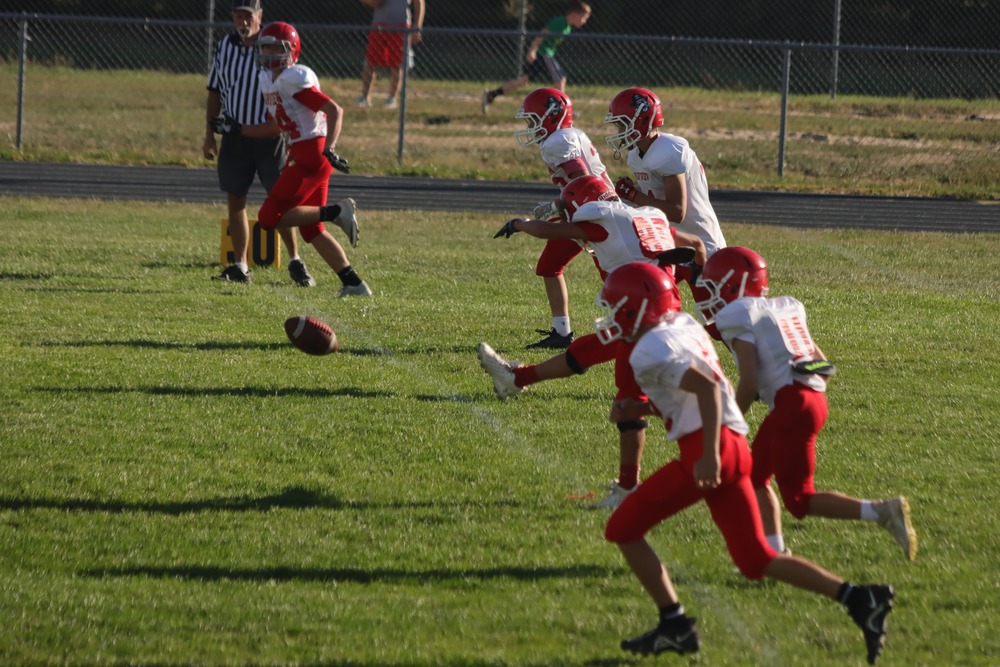 The Pirates will have their final game on Monday, Oct. 3 in Wausa against the Vikings.

Vs. Neligh
The Plainview Junior High boys’ football team took a win over Neligh-Oakdale on their home field, 44-0, on Monday, Sept. 19.