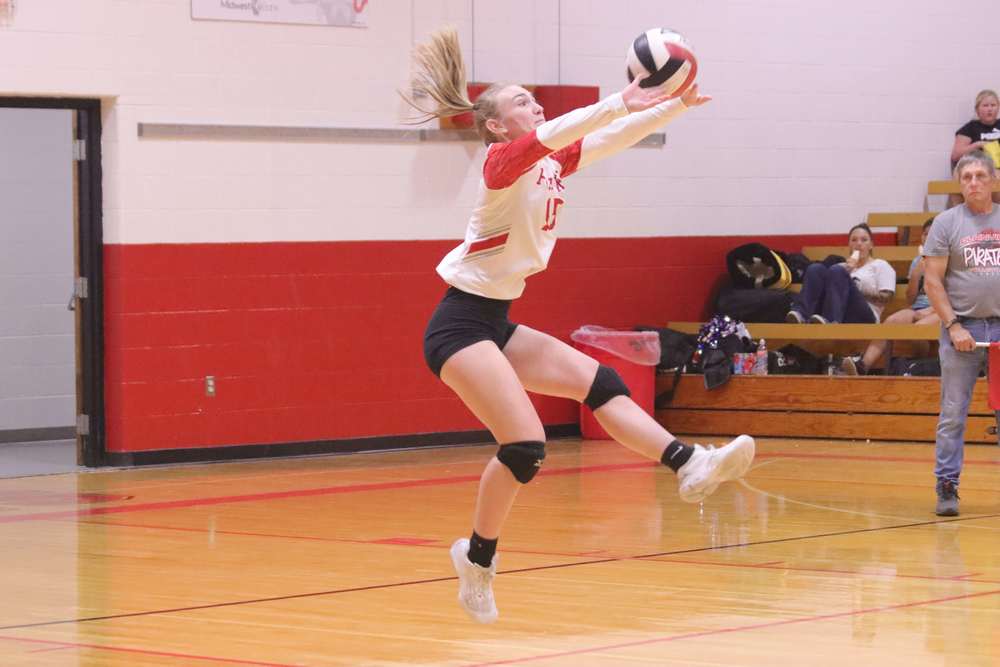 Pirate Volleyball took on West Holt and EPPJ in Elgin over the weekend.

“The day was tough for the girls, as we never really clicked on the court. It was good to earn a win against a talented West Holt team,” said Coach Kim Miller.

Against West Holt, the Pirates were led offensively by Abbie Kromarek and Teya Boyer, each with nine kills. Madelynn Dougherty led the team in set assists with 13.

Defensively, Boyer led the way with 17 digs while Kromarek and Hannah Darnall aced the opponent twice each. Lauren Jelinek and Kromarek came together to record a stuff block.

In the EPPJ game, Jelinek led the way on offense with four kills.

Brooke Rafert had an efficient effort, hitting 0.167. Teya Boyer had six assists as a setter and also recorded an ace at the service line, with Hannah Darnall and Madelynn Dougherty doing the same. Boyer also recorded a solo block in the match up. Keanu Johnson dug up four balls on the defensive end.

The Lady Pirates hosted Hartington-NewCastle on September 29, and had a triangular at home for October 4. Thursday, Oct. 6, the Pirates will travel to Osmond, and another triangular will be held on Oct. 11.

On Saturday, September 24, a combination of the Lady Pirate’s C-team and JV team traveled to Elgin to face off against the West Holt Huskies and the Lady Wolfpack from Elgin Public-Pope John.

The Lady Pirates faced EPPJ in the second game of the day, losing in 2 sets, 24-26 and 16-25. “The first set was very back and forth between points and it was difficult to get on a scoring run.  We had quite a few net and hitting errors that were the difference of the 1st set,” said Coach Goetzinger.  EPPJ had a good squad and some tough hitters that were hard to stop.

On Tuesday, September 20 the Plainview Volleyball team traveled to Tilden to take on Elkhorn Valley.

“The girls came out strong and played really well in the first set. Unfortunately that high level of play wasn’t sustained and we couldn’t quite come up with enough points. At the end of the day, it is just as simple as making plays,” said Coach Miller.

Leading the team on the offensive end was Abbie Kromarek with 13 kills, followed by Claire Rasmussen with 11. Teya Boyer led in set assists, having a hand in 19 of those kills. Rasumssen led the way at the service line with six aces.

Defensively, Keanu Johnson covered the floor well, picking up 22 digs. Lauren Jelinek had a hand in two blocks at the net.

The Pirate Junior Varsity girls seized another victory against the Elkhorn Valley Falcons in two sets 25-22 and 25-16.

The group came out ready to play and never let up, said Coach Christi Boyer.

“This group adapts and excels with adjustments we have to make according to which teammates are on the floor and which positions need to be filled.” said Coach Boyer. “They are always ready and willing to help each other out and cover the court.” 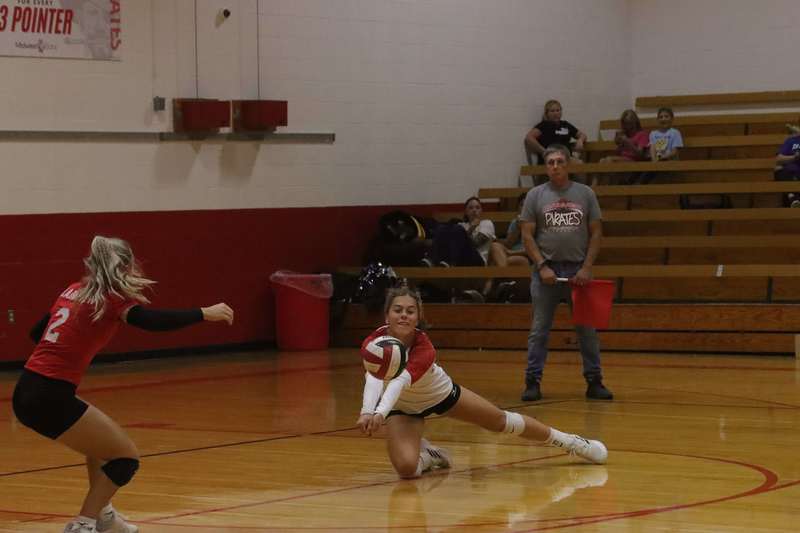 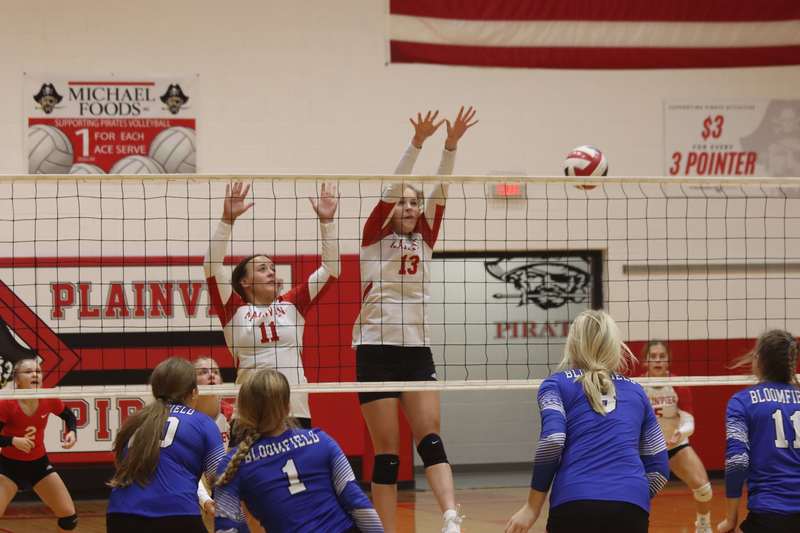