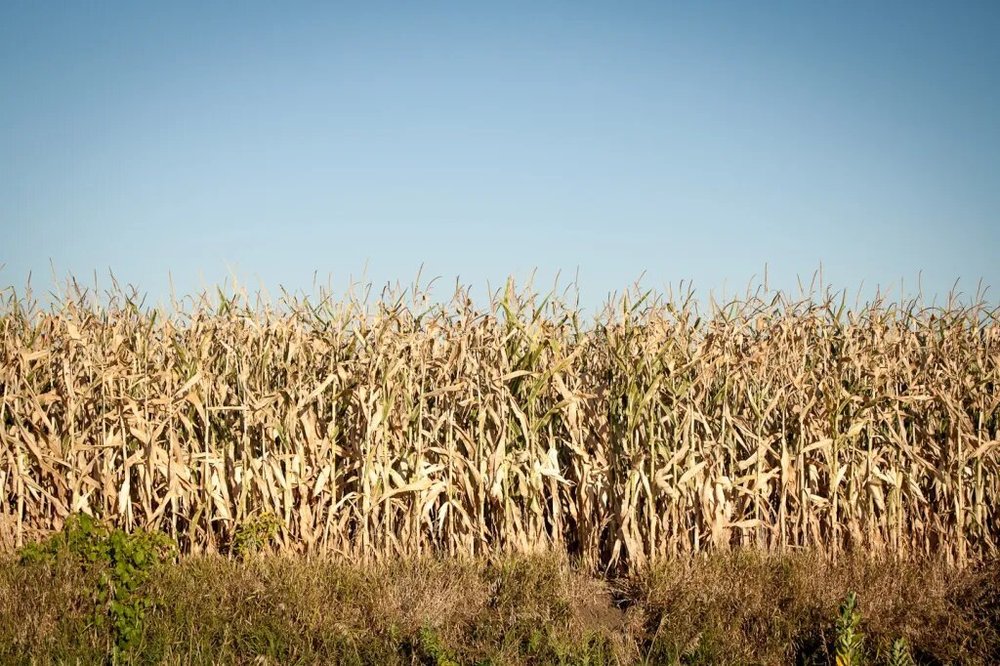 Historically dry weather across Nebraska will be a big factor for farmers this fall as corn and soybean harvests are underway. The state just recorded its driest August in 128 years of record keeping. Ranchers are being put to the test as drought conditions persist across all of the state's $28 billion dollar agricultural sector.

Many farmers and ranchers say this year is one of the toughest drought conditions they can remember.

Along Interstate 80, the drought's effects on corn crops are clearly visible. Normally, corn stalks stand 6 to 8 feet tall, but this year they're roughly half that height. Some farmers have already mowed down their dry-land corn cops: Victims of drought conditions covering 88% of Nebraska's 93 counties.

"This is some of the worst I've ever seen," said Dave Jaeger, a Nebraska farmer.

A 3rd generation farmer, Jaeger and his brothers grow corn and soybeans on 3,500 acres of irrigated and dry cropland in northeast Nebraska's Wayne County. 99% of Wayne County is in an exceptional drought, according to the latest estimates from the U.S. Drought Monitor.

Crop conditions haven't been this poor since the 2012 drought.

"It's close," Jaeger said. "Both of them are going to be two of the worst years I ever had."

Jaeger said dry land farmers who depend on rain have had it the worst so far. He estimates that those farmers could see their harvest drop by half. Some dryland farmers have already chopped down their stunted corn to use as silage for livestock feed.

"I've heard of fields been 'zero-ed out;" he said.

Jaeger's observations are proved by data.

Deborah Bathke, a University of Nebraska-Lincoln climatologist who works at the National Drought Mitigation Center based in Lincoln, said the entire state is in some level of dryness - from abnormally dry conditions to exceptional drought.

"It is one of the worst years that we've seen," Bathke said.

As a rancher at Wine Glass Ranch in southwest Nebraska, Logan Pribbeno said he's fed fewer cattle this spring on his 20,000 acres of grassland. It's been the second driest weather in Chase County since records began 128 years ago, according to data from the Drought Monitor.

Pribbeno said the drought not only harms cattle but can worsen the quality of their fields.

"It takes ungrazed pastures," Pribbeno said. "It moves them backwards."

Erin Laborie, a beef systems extension agent in southwest Nebraska, advises ranchers on what to do in these harsh conditions. She said the state's parched pastures have produced a fraction of the grass cattle normally eat.

With less pasture for feed, Pribbeno and many other ranchers have auctioned some of their herds. They've decided to wean calves early this year, relying on more hay and other feed for their cattle.

Like Pribbeno, Steve Hanson, the president-elect of the Nebraska Cattlemen, has culled his herd in far western Perkins County. The dryland corn he normally grows isn't harvestable this year, Hanson said, describing it as "4-foot tall, no tassels, no ears." Still, Hanson remains optimistic.

"We're hoping to catch snow with it this winter," he said. "You know farmers, we're eternal optimists."

Rather than feeding his cattle, Hanson said he's planning on selling them to auction.

"For me that's historic. It reflects on the severity of the drought," he said.

Agriculture experts say the drought will mean smaller Nebraska corn and soybean harvests this year. Many ranchers have also been forced to cut the size of their cattle and calving operations. But, the silver lining for the farmers may be commodity prices. Corn, soybean, live and feeder cattle prices have been increasing by double-digits or more, but expenses have also gone up as well.

Ben Beckman, University of Nebraska extension agent, said the outlook is still up in the air. Exactly how much ranchers will be set back by this drought year remains unclear.

"So, is it worthwhile to try to hold on to some animals and beat through it, or do you sell off and hope that prices aren't too exorbitant on the other side where we're trying to buy back replacement heifers or build our herd back up?" Beckman asked.

Calculating when to cut bait is a hard choice for ranchers. Seeing years of labor not bear fruit is a "punch in the gut," Beckman said.

Now, many Nebraskans are hoping that rain will finally fall and ease the impacts of the ongoing drought.

"We're all praying for rain and mother nature to help us out a little here," Hanson said. "It's the only thing we can do."