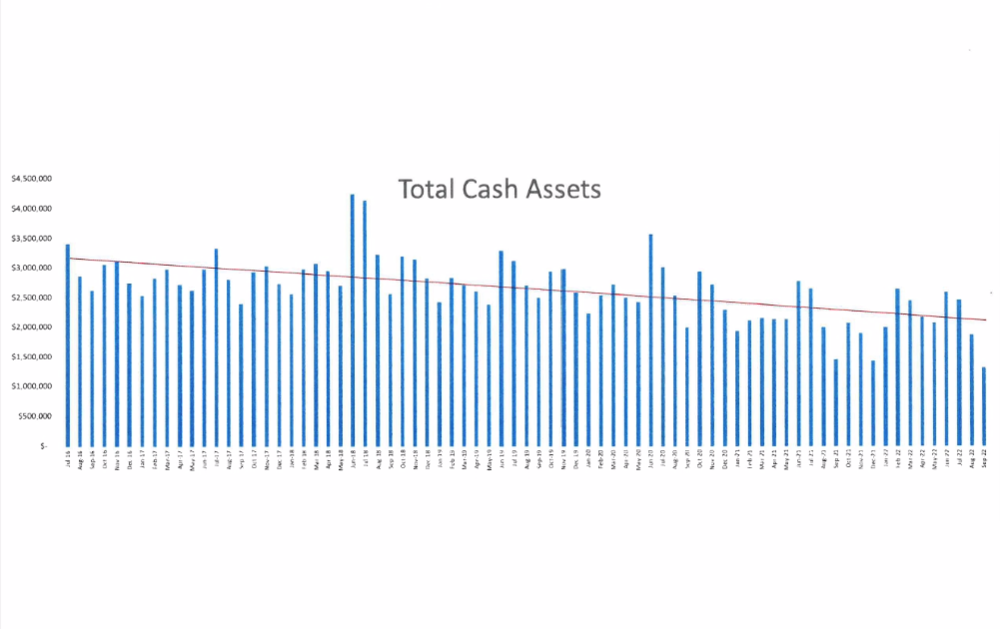 Board members held their regular montly meeting on Monday, Octobers 10th, to go over regular monthly reports, business items, and discuss concerns from the community about the recent Joint Public Hearing held a few weeks ago.

When opening discussion about the Joint Public Hearing, Superintendent Darren Arlt told board members he wasn’t sure what the unicameral’s exact intent when they passed the bill, but it was likely they were trying to bring more transparency to government budgetary processes. Arlt went on to say that after getting feedback from the first such meetings that there would likely be changes to help address issues that may have come up.

Arlt added that he wasn’t sure how constructive the meeting was for the community or the school district, and that the intent or function of the Joint Public Hearing wasn’t communicated clearly by the postcard that was mailed to stakeholders. Arlt also supplied various charts for the board members, giving them additional information, more context, and trend lines from the school’s previous and current budget. Additional informational graphs for categories included monthly claims, payroll, total cash assets, and cost per pupil were included.

Board members discussed some of the concerns and issues that had been raised at the joint public hearing from the community, such as the cost per pupil. Arlt pointed out that Plainview had a number of students in special ed, and briefly named some of resources needed for their education and transportation. Arlt also mentioned there had recently been another reporting change recently that affected the cost per pupil, saying that federal funds, such as the recent ESSER money the school had received during COVID, would now be a part of the calculation.

Board members also talked about an issue with the timing of the board’s regular public hearing, the delivery of the note cards to the community, and the date of the Joint Public Hearing. Board member Wyatt Frahm commented that while he didn’t attend the meeting, he had heard a lot of questions and concerns from the public. He said that all the questions were valid, but the problem was that it was two weeks too late. Frahm said that the appropriate time to ask those questions would have been two weeks earlier at the boards regular meeting, when they had an open Q&A about the budget, and that only two people had taken advantage of it. He added that he thought there was some miscommunication about what the Joint Public Hearing was for and that maybe the board could better advertise the budget hearing in the future.

Board President Mike Sauser followed on to Frahm’s comment saying that he believed more people likely would have shown up to the board’s public budget hearing had the received the postcard in the mail ahead of time and been made aware. Board member Rassmussen also added that he thought the timing needed to be adjusted for the whole process.

Other School Board Business

-Community member Kyle Tarr expressed concerns during the public comment section of the board’s agenda. Tarr said that the Superintendent's contract currently listed on the school’s website didn’t with first saying that Superintendent’s contract didn’t follow the transparency regulations required by the State. He also asked the board why the school was paying the Superintendent cash-in-lieu for insurance, while also providing him insurance through his spouse. Tarr also admonished the board, saying that while Arlt caught a lot of criticism at the Joint Public Hearing about the school’s budget, he said that the board was also responsible for the increases in spending, adding they have a responsibility to the community to keep school spending in check.

-Board members sat through a quick presentation from two members of the Junior Pirate Posse, a parental guided organization that aims to help connect the community with the school and its teachers. The Junior Pirate Posse’s current project is fundraising to help purchase new playground equipment and rubberized surfacing for the school grounds, stating that it had helped raise around $25,000.00 last year through various activities. The Pirate Possee also listed a number of events that they had organized  throughout the year, including a father-daughter dance and family movie nights.

-Board members briefly spoke about shifting the school’s CDs into a higher rate of return. Superintendent Arlt said that the rate would be higher, but the CD type likely would no longer be flex. The board talked about asking Kevin Lingenfelter from Midwest bank to come address the board and answer any questions and concerns about possibly transfers.