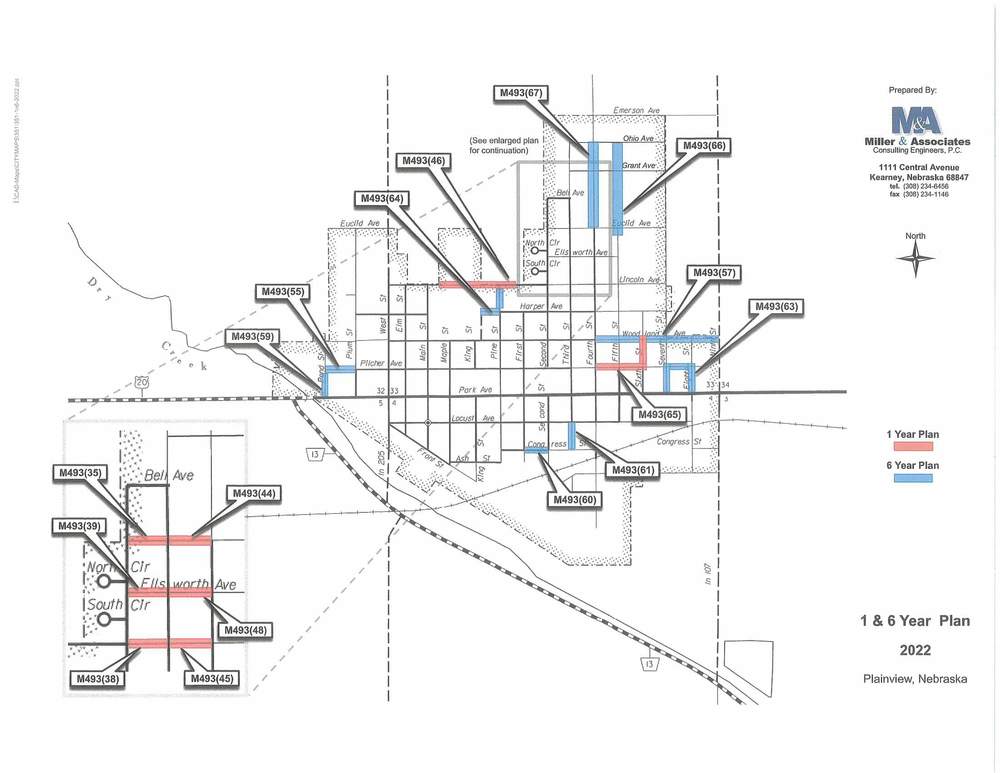 The regular meeting of the city council took place on Tuesday, October 11 at 6:30, with the council reviewing bids for several city projects in the community.

The first city project was the paving of three city streets: Euclid Avenue between 2nd and 3rd Street, Pilcher Avenue between 4th and 5th Street, and 6th Street between Pilcher and Woodland Avenues. Gary Steele was present to from the city’s engineering firm, Miller & Associates, to briefly talk about the bids and answer questions. Steele reported that after a month of advertising, and with eight requests for bid sent to companies in the region, the city only received one official bid from local company A&R Construction.

Steele told council members that Miller & Associates had projected a Probable Construction Cost of $548,847.00 and the bid had come in 7.66% under that projection at $506,825.48, and thus it was the firm’s recommendation for the city to accept the bid. Council member Bob Smith said during discussion that they had been talking about paving streets for a number of years, and that it was time to move forward. Council members approved a motion to accept the bid following the short discussion.

The council immediately looked at bids for another city project aimed at testing and possibly rehabilitating city well #3, located in the northeast part of Plainview. Gary Steele said that the well had a clay layer which could potentially separate clean water from nitrate affected water, and the project would drill a hole to determine if that clay would be a sufficient confining layer. If it was found to have a confining layer, steps would be taken to reinforce it.

Steele said that there was some potential risk with the project, but if the layer was found to be viable it would be the cheapest solution for the city by far. He went on to say that drilling a new well would cost the city around $500,000.00, and that was before running pipes from a new water source. City Administrator Tarr also commented that the bid would strictly be for services rendered, meaning that if the test drill failed, the city wouldn’t need to pay the cost of the full bid.

Steele said the city received two bids for the project, one from AWS Well Company for $71,350.00, and the second from Downey Drilling, Inc. for $88,674.00. Steele noted that the low bid from AWS was 11.9% below the Engineer’s Probable Construction Cost of $81,000.00. Steele also explained to the council that an initial test hole would be drilled and an electric log would be taken to see if the well could be rehabilitated for the city. After short discussion, council members approved a motion to accept the bid from AWS Well Company.

The third and final project concerned a leak that was recently discovered with the city’s public pool. City Administrator Jeremy Tarr said that he checked with the company, Leak Investigators of Omaha, to make sure the bid to find and repair the pool was still valid. Tarr reported the bid was still good, and that the cost for the repairs had been budgeted. The council approved a motion to accept the bid for $39,700.00.

-City council members approved the City Administrator’s salary at $80,628.40 as the base salary, plus benefits.

-A public hearing was held for the city’s One and Six Year Street Improvement Plan. Gary Steele of Miller & Associates was present and explained the overall purpose of the city’s street improvement plan, as well as answer any questions of the city council. Steele said nothing about approving the plan was binding, and plans could even change mid-year. One community member expressed concerns about certain streets on the proposed plan during the period for comment, saying that particular streets wouldn’t cause new people to move to already established areas, and that the city should be focusing on other priorities such as acquiring new businesses and fixing the water quality. The council will vote to approve the One and Six Year Plan at next month’s regular meeting.

- Corrine Janovec gave the yearly report on behalf of the Klown Doll museum, reporting to council members the projects the museum had undertaken, annual visitors, and its plans for the future. Council members also awarded a keno grant to the Klown Doll Museum in the amount of $1,000.00 to help with the cost for leveling the lot for a small expansion project.