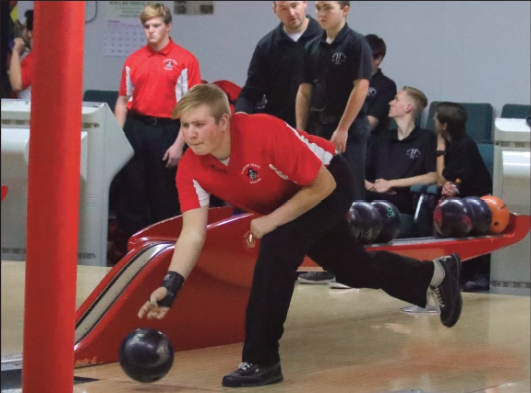 The first dual is complete for the Plainview Pirates Bowling teams.

For everyone reading, this is how a dual goes: there are two games with five bowlers on each team, and between one to three baker’s games to follow.

The bowler will not just be going for high team score but also one on one across the score board. Each bowler can score a point for the team, up to five points for team with the higher team score will get an additional three points.

The baker’s games are a unique set up where all five bowlers will work as one to get one score alternating frames with each bowler getting two frames to help their team. The way to win the five points from baker’s game is to win two out of three games, unless the dual is decided before the baker’s than there is only one.  In recap, there are eight points per game multiplied by two games to equal 16 points and the five more points from baker’s giving a total of 21 points.

Each team’s goal is to beat the other team to 11 giving that team the win.
Lady Pirates had their first dual on the season against the Hartington/Newcastle Wildcat at Nebraska 13/20 Lanes in Plainview on December 3.

The Lady Pirates had a tough challenge with only having three girls out for the team this year, again. This means the Lady Pirates facing off short two bowlers.

Leading the Lady Pirates were Marlena Curtiss, a senior, with high game of 143. Fellow senior Averi Waldow with a 124 and junior Callie Pulis with a 104.
The only points were won by both seniors in the second game. Head Coach Leonard Risinger was proud of the Lady Pirates for their team scores, “Yes, the scores are low, but it is a good start with one new bowler and two returning bowlers.”

Final score for the dual was Wildcats 11, Pirates 10.

Leading the Pirates were senior Andrew Hallock with a 156 and senior Sean Taylor with a 145 and 131.

Pirates winning points in both games were Sean Taylor and Junior Anthony Ziegenbein. Winning point in the second game was Andrew Hallock.

Head Coach Risinger was disappointed in the Pirates for the first game, and challenged the Pirates to do better, 500’s was not going to be winning many competitions and the Pirates rose to the challenge.

Next for the Pirates will be TC Thunder on December 8 at Pender Lanes. 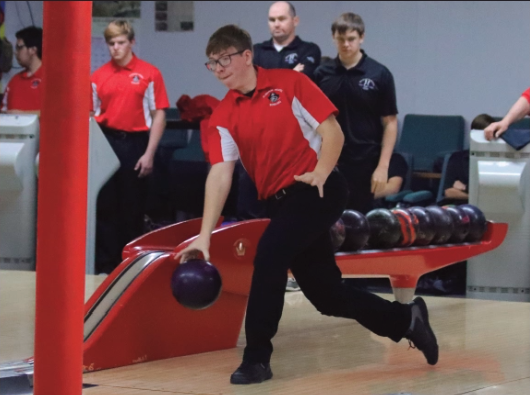