The Plainview Lady Pirates were sunk by the Elkhorn Valley Lady Falcons when the teams squared off for a last-game-before-holiday-break match on December 17.

The Lady Pirates will play in the Elkhorn Valley Bank Great Northeast Nebraska Shootout at Wayne State College for a minimum of three games, starting with December 28 at 7 p.m.

The Lady Pirates were down by six after the end of the first (17-11), and put up another solid 10 points in the second quarter, but trailed at the half, 31-21. Plainview had a good third quarter, adding 17 to their total, and the Falcons posted 14. The fourth quarter gave the Falcons a larger spread, 14-6, and eventually the win, 59-44 at the final buzzer.

The Lady Pirates were led in scoring by Abbie Kromarek, who posted 10 points off four free throws and six points from two-point range. Keanu Johnson and Lauren Jelinek both added eight, Madelynn Dougherty had six points; and Teya Boyer, Brooke Rafert and Marque Albin each had four points to round out the scoring.

The Plainview Lady Pirate basketball team traveled to Madison to take on the Lady Dragons on their home court last Tuesday, Dec. 13, delivering a four-quarter combination that the home team couldn’t beat.

The Lady Pirates game out with 15 points in the first quarter, and continued leading the game to a 26-5 halftime break. Another 23 in the second half, and the Lady Pirates defeated the Dragons 49-24 after the final buzzer.

Lead the Lady Pirate scorecard was Abbie Kromarek with a big 15-point game with three two-point baskets, one three-pointer and a perfect 6-6 from the free throw line.

Teya Boyer was a close second with 12 total points. Allison Hardisty and Laurel Jelinek both added six to the team’s totals and Keanu Johnson and Marque Albin both had three; along with Brooke Rafert and Madelynn Dougherty putting up two points each. 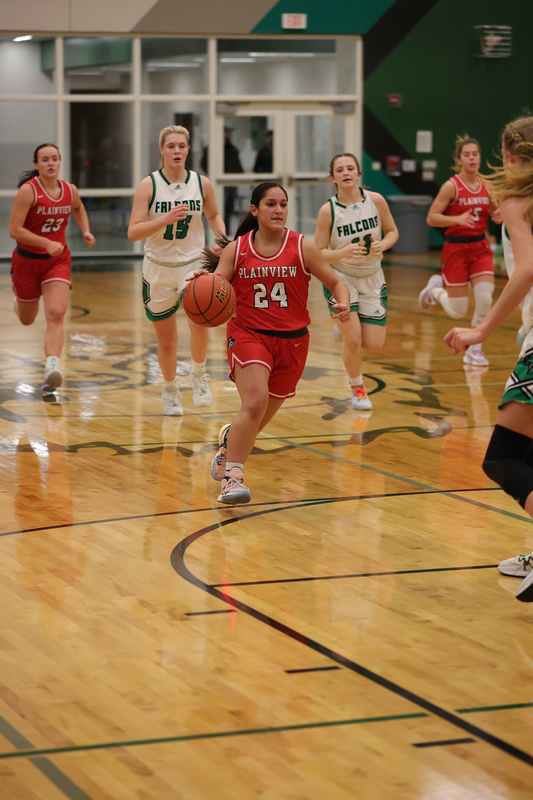 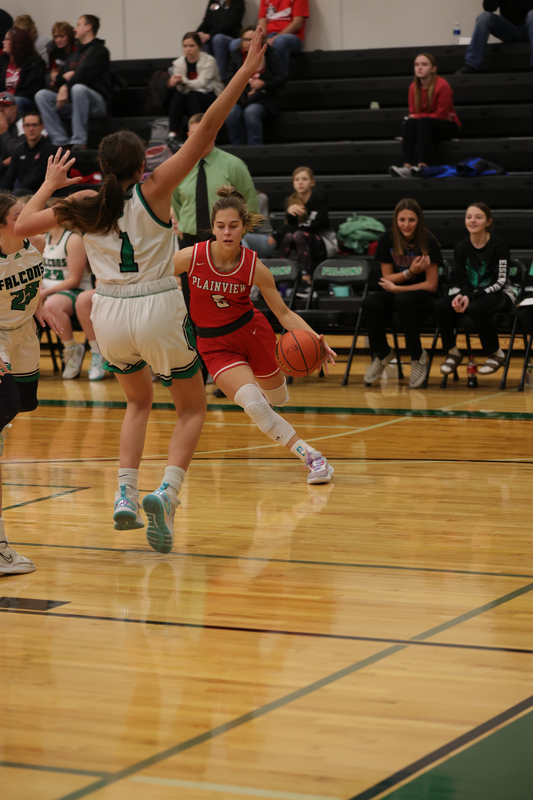 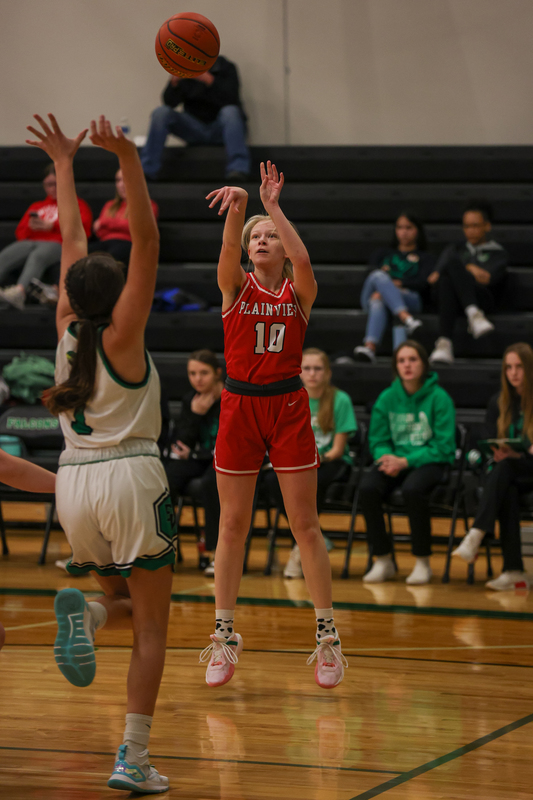