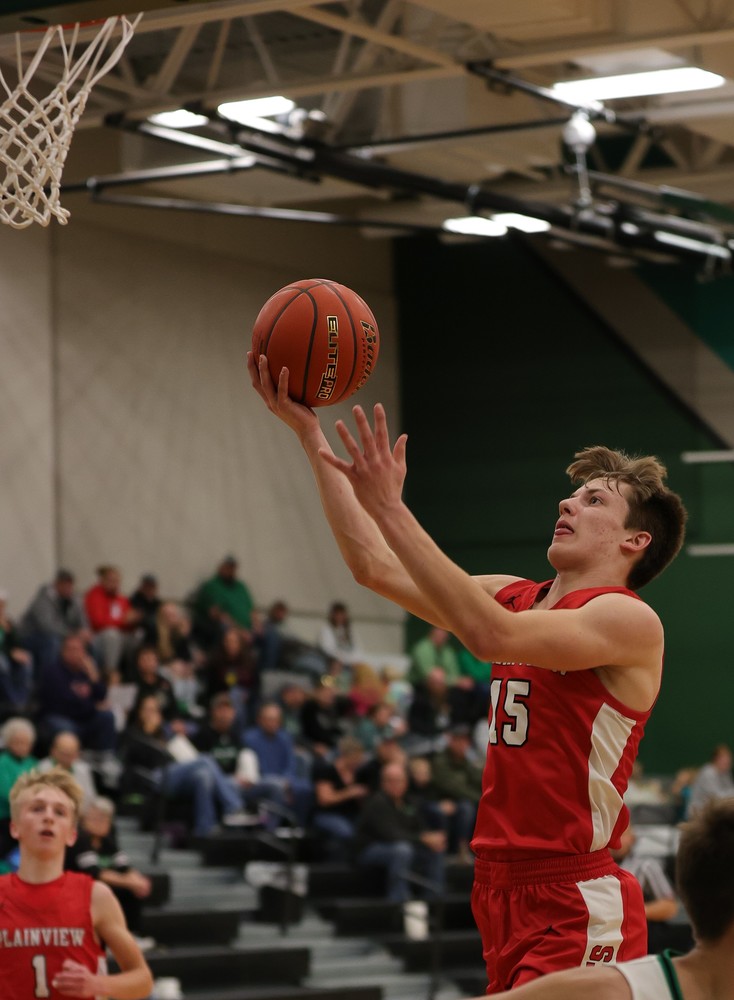 The Plainview Pirates played against the Madison Dragons on Tuesday, Dec. 13, and followed up with a game against the Elkhorn Valley Falcons on Saturday, Dec. 17.

They are scheduled to play against Wayne on Dec. 28 in the Elkhorn Valley Bank Great Northeast Nebraska Shootout tournament at Wayne State College, and they will be hosting a game against Summerland on January 3, 2023.

At the Wayne State Tournament, the Pirate boys’ team will take to the court on December 28 at 8:30 p.m.

“Madison is a much improved team that plays a frantic style of defense. Coming into this game we knew we had to keep the pace where we wanted it,” stated the Pirates’ head coach Adam Yilk. “We were able to do that in the first half and get a lead going into halftime. We capitalized on their mistakes especially when they put us at the free throw line. Unfortunately, we were unable to keep the pace where we wanted it, and they started to hit some timely shots that kept us at a distance. We battled hard all the way to the finish but came up short as they hit their free throws down the stretch.”

Jacson King played well with a personal score of 18 points and eight rebounds. Spencer Hille was right behind him with 14 points and 12 rebounds, while Brendan Weber scored nine points and six rebounds. Leighton Medina chipped in with four points, Karter Lingenfelter added two more, and Kayson Maertins scored one point.

The Pirates suffered another defeat in their following game against Elkhorn Valley’s Falcons, with a score of 71-43 in Elkhorn’s favor.

The Falcons got an 11-point head start in the first quarter, scoring 20 to Plainview’s 9. The Pirates started to catch up in the second quarter, scoring 20-15 in Elkhorn’s favor. The third quarter brought a score of 18-14, once again in the Falcons’ favor, and the final quarter ended the game with a score of 13-5 amounting to a final tally of 71-43 for Elkhorn Valley.
“Elkhorn Valley is a really good team that has a good size to go with their varsity experience.

Most of their starters have been playing for two and three years,” said Coach Yilk. “That being said, we had to play a near perfect game if we wanted to give ourselves a shot at winning this game. They came out and set the tone putting us behind early. We have to find ways to get out to better starts and take advantage of their mistakes early. We will continue to work this week to get better as we head into the holiday tournament in Wayne.”