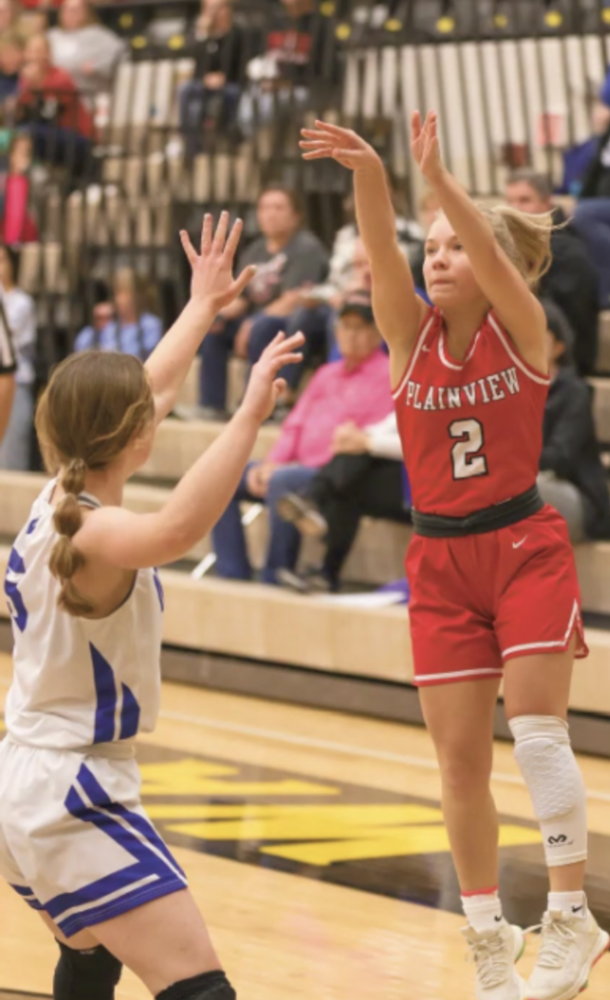 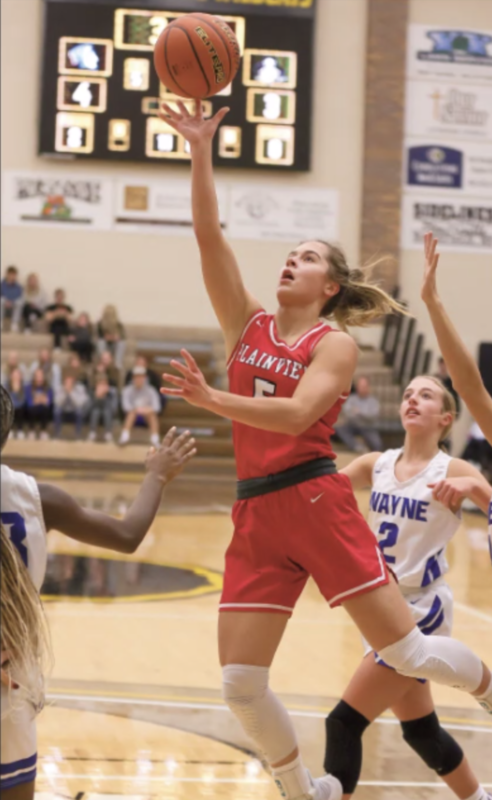 The Lady Pirates took on Wayne in their first game on Dec. 28, falling in a heartbreaker, 45-43 at the final whistle. Their second game was against Winnebago on December 29, and the Lady Pirates fared better, winning 52-39, and moving into the finals game for 5th and 6th on December 30, this time playing against Hartington Cedar Catholic, and falling 51-40 to the Lady Trojans, netting sixth.

The Lady Pirates’ next game was to be Summerland on January 3 in Plainview, but that game was moved to Monday, Jan. 23 because of inclement weather. The girls will travel to Neligh-Oakdale on January 6, and then host Stanton and Bloomfield in back-to-back games on Jan. 12-13 at home.

In the team’s first game against Wayne, the Lady Pirates were within four at halftime, 22-18, but consistent pressure from the Lady Blue Devils added three in the third quarter (14-11), and though the Lady Pirates battled back in the fourth (14-9) it wasn’t quite enough, and the girls lost the game by basket, 45-43.

Scoring for the Lady Pirates against Wayne was Abbie Kromarek with a big 19-point game off seven two-point baskets and a perfect 4-4 from the free throw line. Teya Boyer added nine points from two three-point goals and five free throws; Keanu Johnson had six points; Madelynn Dougherty had three and Lauren Jelinek, Brooke Rafert and Marque Albin each had two points.
The loss to Wayne pushed the girls into the consolation bracket, and they were matched with Winnebago on December 29, winning their second game handily, 52-39.

The Lady Pirates were even in the first, 7-7, but had a big second quarter, (21-7) and opened up the game past the Winnebago team’s ability to recover. The Lady Pirates added another six in the third and gave up seven in the fourth, but had enough cushion to hold onto the win at the final buzzer.

A number of Lady Pirate teammates broke double digits against Winnebago – Abbie Kromarek leading the pack with 14 points off mainly free throw baskets; Keanu Johnson with 13 from an even game of six free throws, one three-pointer and two two-point goals; and Teya Boyer with 10 points.

Brooke Rafert and Marque Albin each had four points, Lauren Jelinek and Madelynn Dougherty each marked three and Emma Sauser had one.
Coming off the win, the Lady Pirates faced Hartington Cedar Catholic for the fifth and sixth-placement game.

The Lady Trojans took a big first half, 33-18, and never looked back. The Lady Pirates went on to gain four in the second half (22-18), but it wasn’t enough to overcome that first half deficit, and the team took sixth on a 51-40 final score.